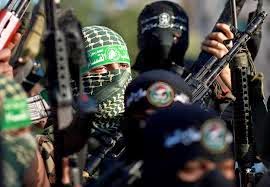 An Egyptian court on Saturday banned the armed wing of the Palestinian resistance group Hamas and listed it as a terrorist organization.

Hamas is an offshoot of Egypt’s Muslim Brotherhood which the Egyptian authorities have also declared a terrorist group and have repressed systematically since the army ousted one of its leaders, Mohammed Mursi, from the presidency in 2013.

“The court ruled to ban the Qassam Brigades and to list it as a terrorist group,” said the judge of the special Cairo court which deals with urgent cases.

Egypt had previously banned Hamas from operating in Egypt.

Egyptian officials claim weapons are smuggled from the Hamas-ruled Gaza Strip into Egypt, where they end up with militant groups fighting to topple the Western-backed Cairo government.

Islamist militants based in Egypt’s Sinai region, which has a border with Gaza, have killed hundreds of police and soldiers since Mursi’s political demise. The insurgency has spread to other parts of Egypt, the most populous Arab country.

Hamas on Saturday dismissed Egyptian media accusations for the group of standing behind deadly attacks in the Sinai Peninsula.

“Neither Hamas nor the Gaza Strip have anything to do with what happened in Sinai or any other place in Egypt,” Hamas spokesman Fawzi Barhoum said in a statement.

Barhoum termed claims by Egyptian media that Hamas was behind the attacks as “an attempt to demonize” the Palestinian group.

“Hamas does not interfere in the affairs of any Arab country, particularly Egypt,” he said.

The Palestinian faction has repeatedly denied accusations that it has carried out attacks in the North African state, saying it cannot act against Egypt’s national security.

Since then-army chief Abdel Fattah al-Sisi rose to power in Egypt in 2013 and was elected president, the country’s relationship with the besieged Gaza Strip has worsened.

In November, Egypt decided to create a one kilometer-deep buffer zone in the Sinai Peninsula along the border with Gaza by clearing more than 800 houses, displacing more than 1,100 families, and destroying and neutralizing hundreds of subterranean tunnels.

Gaza, which has been under a brutal illegal Israeli blockade for almost eight years, relied heavily on smuggling tunnels across the Egyptian border to obtain vital supplies. The only border crossing between Egypt and Gaza has also been routinely closed, leaving many Palestinians stranded or without access to important medical treatment.

The Egyptian Muslim Brotherhood has also repeatedly condemned the militant attacks in Egypt and denied any involvement.

However, the Sisi regime has clamped down severely on Mursi supporters. The crackdown has left at least 1,400 people dead and more than 15,000 imprisoned, with hundreds sentenced to death in trials the United Nations described as “unprecedented in recent history.”