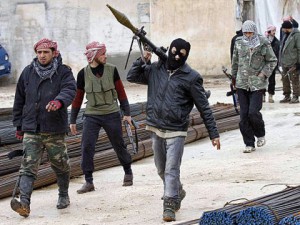 Some 400 Turks who joined the ranks of jihadist fighting in Syria and Iraq have been killed so far, as 900 more were still with the Islamic State of Iraq and the Levant (ISIL), a foreign ministry official told Hürriyet Daily News during a meeting on Sept. 17.

“Currently, we believe that there are about 900 in ISIL, and close to 300 hundred with al-Nusra,” the official said, while responding to a question on the number of Turks among foreign fighters in neighboring Syria and Iraq.

“We suspect there might be more people going and coming back. We do not know if any of them are opportunistic money-mongers, fixers, radicals or how many of them are there for curiosity. But our tendency is not to believe them when they say they were just a cook there,” the official said, adding the ministry is demanding more international coordination in its efforts to block the movement of foreign fighters.

Many of the 16 soldiers killed the in the roadside bomb attack in southeastern Hakkari’s Dağlıca on Sept. 6 were not a part of the personnel involved in the direct fight but responsible for detecting road bombs.

“There have been only one or two clashes in the sense of a ‘real’ clash,” the official said, adding the PKK has chosen instead to attack with bombs.

“This is going to be a long effort,” the official said, on the efforts to cut the PKK’s resources.

The official also said the act of going to a place and receiving terrorism training should be criminalized, as many young people who receive training usually return after three months with knowledge which makes them a risk to society.