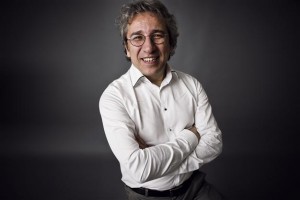 Some 400 academics and artists have expressed in a signed statement their support to daily Cumhuriyet and its editor-in-chief, Can Dündar, as both were subjected to an investigation after the daily picked up a story of trucks belonging to Turkey’s top intelligence body which were stopped while allegedly attempting to carry weapons to Syria.

Leading intellectuals, who signed their name as “We Citizens,” demanded that the “dark developments” surrounding the MİT trucks be brought out into the open.

“We remind state and government officials what was on those trucks, where they were carried from and to, to whom they were carried and whether or not the shipment complied with international law should be communicated properly to the public… The true mission of newspapers and television channels is to keep people informed on the matters directly related to their lives. All pressures and threats against daily Cumhuriyet and its editor-in-chief Can Dündar are constitutional crimes. It violates our right to receive information. We call on the president to stop pressures and threats against press freedom, which is defined in the constitution,” they said.