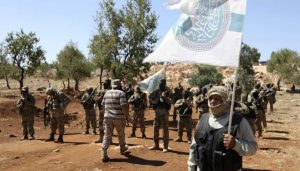 At least 40 prisoners have escaped from a jail run by Hayat Tahrir al-Sham in the last major rebel-held bastion of Idleb, local activists said according to syrianobserver.com.

About 40 detainees forced open the doors at the Hayat Tahrir al-Sham prison on Saturday and guards were unable to stop them. The jail housed rivals and ideology critics of the group formerly known as al-Nusra Front.

More than half of Idleb province is controlled by Hayat Tahrir al-Sham, a jihadist alliance led by Syria’s former al-Qaeda affiliate, while Turkish-backed rebels hold much of the rest.