You are here: Home / MidEastGulf / 4 Missionaries of Charity among victims of terrorist attack in Yemen 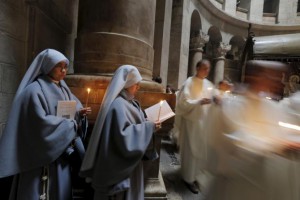 A terrorist attack on a retirement home run by the Missionaries of Charity in Aden, Yemen, has left at least 16 people dead, including four members of the religious order founded by Mother Teresa.

Several gunmen attacked the facility, shooting the nuns before moving room to room to kill elderly patients. The killers have not yet been identified.

Yemen has been split by a civil war for the past year, with Shiite rebels controlling more of the north of the country, while a Saudi-backed government has struggled unsuccessfully to maintain order in the south, where Al Qaida attacks– especially against Christian targets– have increased.