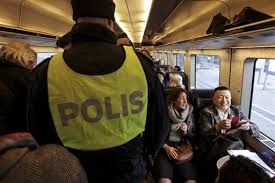 Belgium, the Netherlands, France and the United Kingdom have reached an agreement on joint database on passengers traveling by international trains in an effort to counter possible terrorism threats, Belgian RTL radio reported on Friday.

According to the broadcaster, the agreement was reached on the sidelines of an informal meeting of EU interior ministers in Malta on Thursday.

“Now there is an agreement that we have worked out together … to install the system in the international trains,” Belgian Interior Minister Jan Jambon told the radio, when asked on the agreement.

The radio added that the states intend to create a working group together with the representatives of European high-speed train operators Eurostar and Thalys on drawing proposals for the database for passengers travelling between the four countries.

In November 2016, Belgian parliament’s anti-terror commission adopted a bill that allows air, railway and maritime carriers to provide the authorities with the information about the passengers, which provoked criticism of the Community of European Railway and Infrastructure Companies (CER).