You are here: Home / Europe / 4 Daesh terrorists arrive in Germany from Iraq’s Mosul 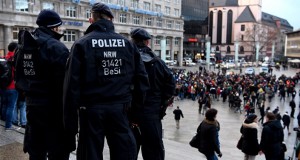 Four Islamic State (Daesh) terrorists could have arrived in Germany from the Iraqi city of Mosul, media reported Monday.

According to the Bild news outlet, the German law enforcement authorities received the relevant information from the Austrian colleagues.

The terrorist threat in Germany remains high after a truck rammed into a crowd at a Christmas market in the center of Berlin on December 19, killing 12 people and injuring almost 50 others.

The perpetrator, 24-year-old Tunisian citizen Anis Amri, was shot dead a few days later by police in Milan, Italy. Amri was suspected of having links to the Daesh terrorist group, outlawed in Russia, though his family denied any connection.