You are here: Home / Senza categoria / Afghanistan: no place for Islamic State fighters in Farah  province 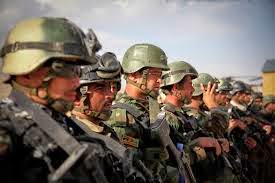 Province of Farah’s local security officials have confirmed sightings of the suspected Islamic State (IS) militants in the western parts of the province.

Provincial council members have stressed that the newly-emerged fighters do not have the support of the people and would not make a place in the western zone.

Following the rumors about the existence of IS fighters in a number of Farah districts, the Afghan National Army (ANA) Zafar Corps commander Gen. Taj Mohammad Jahid confirmed nearly 100 people, including foreigners, such as Arabs and Chechens, had joined the group.

“There are 70 Islamic State fighters including 13 foreigners present in Khak Safid district,” Gen. Jahid said. “They don’t allow people to get close to their base.”

The head of the Provincial Council of Farah, Farid Bakhtawar, said that residents of Khak Safid had not allowed these fighters, who had also shifted their families to the district as well, to station in the district.

“The Islamic State has failed to win public support in Farah,” Bakhtawar said. “Their crimes, including the sale of women, have caused the people to stand against them.”

Reports indicate that the Iranian border forces have deployed additional troops to their areas that border with Farah after rumors about IS surfaced.

But the Afghan border police officials say they have not yet received any formal information about the presence of IS.

“We have not received any formal information in this regard,” said Gen. Mohammad Juma Adeel, commander of the border police for the western zone. “The patrolling of Iranian border guards is normal because they always protect their borders.”

However, the Ministry of Interior Affairs (MoI) has repeatedly rejected the rumors, saying they were the same militants operating under new brands to create more attention and increase fears among the people.