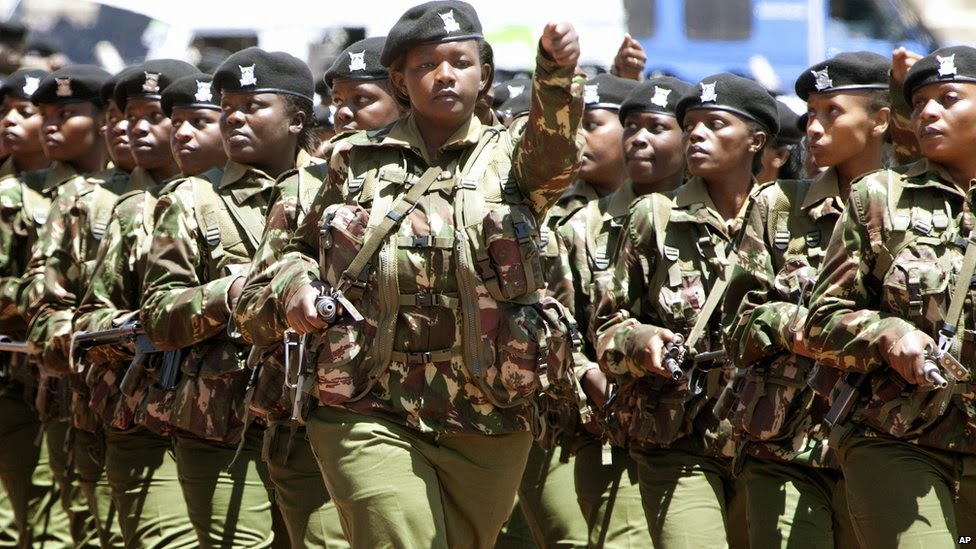 Following recent intelligence indicating that Boko Haram militants were strategizing on a fierce offensive to capture Maiduguri before the February 14 elections, the army moved more than 70 female soldiers last week.

Highly reliable security sources have told SaharaReporters that Nigerian military authorities are moving female soldiers based in various army formations in Maiduguri and other parts of Borno State to Abuja as the army anticipates a massive attack on Maiduguri, the Borno State capital, by terrorists belonging to Islamist group, Boko Haram.

The sources said there was heightened apprehension about an impending attack, hence the decision to reassign female soldiers to Nigeria’s capital.

The military action also stemmed from the death of five female soldiers and the abduction of another four by Boko Haram militants when they attacked a military base in Baga a few weeks ago.

Following recent intelligence indicating that Boko Haram militants were strategizing on a fierce offensive to capture Maiduguri before the February 14 elections, the army moved more than 70 female soldiers last week. One of our sources revealed that 146 more female soldiers had been moved to Maiduguri airport, where they are awaiting airlift to Abuja. The source said that all the female soldiers were supposed to have left by 10 a.m. on Thursday, but added that the military did not have a large enough aircraft to take their entire luggage.

The security sources also told SaharaReporters that Maimalari Barracks, home to the 7th Division of the Nigerian Army, is the only military base left standing in Borno State. Maimalari was described as the only military formation capable of withstanding a major attack from Boko Haram militants.

One source said that Nigerian military intelligence had received information that Islamist militants were regrouping in areas around Maiduguri in preparation for a major offensive against the city. The Islamist fighters’ attempt to take over the state capital last week was foiled, with Nigerian troops and civilian vigilante members collaborating to kill more than 100 terrorists.

However, the militants successfully overran Monguno Barrack, killing and injuring many soldiers. One military source revealed that military authorities have so far been able to account for approximately 1,000 soldiers out of the 1,400 soldiers who were stationed in the Monguno Barracks. Most of the soldiers had reported to Maimalari Barracks in Maiduguri, but were locked out for several days by military authorities.

An officer in Maiduguri told SaharaReporters that the troops in the state capital were equal to the task of repelling any attacks by Boko Haram, but a few residents told our correspondent that they were skeptical of such confidence. One resident wondered why the Nigerian military had not adopted an offensive strategy against Boko Haram insurgents, instead of only defending when the Islamist fighters initiate an attack.

Asked why Nigerian soldiers often flee from advancing columns of Boko Haram attacks when Chadian and Cameroonian troops are recording major successes against the insurgents, a Nigerian military source blamed it on the inadequate weaponry as well as poor motivation on the part of Nigerian soldiers. He stated that battle-weary Nigerian soldiers keep hearing reports of their commanders in Abuja who have acquired huge wealth from the burgeoning defense budget. “Even to pay these soldiers their allowance or to buy them good helmets is a problem because of this corruption that is well known,” the officer said.

A source claimed that Chadian soldiers had chased off Boko Haram militants from Gamboru-Ngala, while troops from Niger Republic reportedly pushed out the militants from Malafatori on the Nigerian-Niger border. There were also reports that Cameroonian military forces had pushed Boko Haram from Kirawa and Ashigashiwa on the eastern flank.