You are here: Home / Africa / Islamic State threat in Libya can only grow 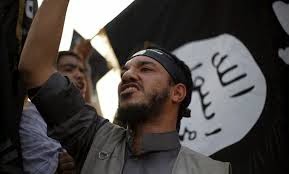 Prime Minister Joseph Muscat has sounded a stark warning on the prospect that Libya is now teetering along a familiar route for all failed states.

With authority now fragmented amongst militia-run provinces, an anti-Islamist military effort by renegade general Khalifa Haftar and his Operation Dignity, the Misrata-run Libya Dawn that took Tripoli, and Abdullah Al Thinni’s exiled government in Tobruk, the big question is whether Islamic State’s franchise in the Mediterranean can have spill-over effects.

Muscat told MPs this week that migratory flows and an energy crisis would be among the first effects of a Libyan collapse, and that a United Nations peacekeeping force should be on the ready to keep the country on track to rebuild itself.

The suicide bombers that attacked the Maltese-Libyan owned Corinthia Hotel in Tripoli last week brought the reality of Islamic State closer to home.

It was already known that ISIS adherents had proclaimed Derna as part of the caliphate, but the conflagration of interests inside the Corinthia’s lobby and its bloody aftermath were evident to experts like Mohammed Eljarh. Early on in the day he spotted the tweets calling the Corinthia attack an operation to avenge the death of al Qaeda suspect Nazih al-Ruqai, also known as Abu Anas al-Libi, in a US hospital in January. Libi, an alleged former al Qaeda operative, was snatched by the CIA in 2013 in Libya, for his alleged role in the 1998 US Embassy bombings in Kenya and Tanzania. Those two bombings killed 224 people, including 12 Americans, and injured thousands more.

Back in Malta, the embassy attaché in Attard, Hussin Misrati, who represents the Tripoli ‘government’ run by pretender Omar al Hassi, is claiming that the attack was an attempt on their leader – who sometimes runs business from the Corinthia – and not an ISIS operation.

Misrati is in a state of denial. As Eljarh points out in his update for Foreign Policy magazine on the Corinthia attack, the Islamic State has become more visible in western and southern Libya in recent weeks after months of fierce fighting in the eastern city of Benghazi.

“The attack in Tripoli underlines the huge threat from extremist groups throughout Libya… It’s likely that Islamic State fighters will press ahead with their attacks against targets in Tripoli and other communities in the west, including the relatively safe city of Misrata, as they seek to broaden their presence, following the example set by the rapid territorial expansion of the Islamic State in Syria and Iraq last year.”

“The state of denial by Hassi and his allies has its roots in their belief that acknowledging the existence of groups like the Islamic State would reinforce the position of the army and Haftar. They see Haftar as their No. 1 enemy in Libya, and they have correspondingly clung to the notion that the enemy of their enemy is their friend. Now, however, the Islamic State has sent a clear message that it is the friend of no one, apart from those who pledge unconditional allegiance to it,” Eljarh writes.

As peace talks in Geneva continue under the auspices of the United Nations, the threat that Islamic State could plant its roots in the fertile land of internecine conflict risks becoming a reality in divided Libya.

The death of Libi at the hands of his US captors illustrates how the war on terrorism waged by intelligence services in covert operations, serves as a background to the radicalisation of fighters in countries like Libya.

There is no doubt that Libi, a computer expert, was a mastermind in the US embassy bombings with a past in fighting the Soviets in Afghanistan and, according to a Moroccan witness, close to Osama Bin Laden. His family is believed to have been granted political asylum in the UK, but after a raid on his house in Manchester in 2000, ostensibly on intelligence tip-offs, he relocated to Iran. There he was arrested, and only allowed to return to Libya in 2011.

Nazih Abdul-Hamed al-Ruqai, known by his alias Abu Anas al-Libi, was taken by US Delta Force marines in a dramatic operation in the Libyan capital in October 2013. Suspected of being a senior al Qaeda member, he was accused of involvement in the 1998 bombings of two American embassies in Africa and was on the FBI’s most wanted militants list.

The CCTV footage of his capture shows masked men brandishing handguns leaping out from a white Mercedes van as Libi returned in his car at 6:30am from morning prayers. Three cars blocked the street, then came a van with tinted windows. The van pulled up and without a shot being fired, Libi was swooped away for rendition.

It was an important coup for the Americans, celebrated by the media there, while back in Libya, the Zeidan government condemned the kidnapping.

Libi was indicted in Manhattan on charges of conspiring with Bin Laden and in the 1998 bombings of the US embassies in Nairobi, Kenya, and Dar es Salaam, Tanzania.

He was described as an Al Qaeda computer expert who conducted surveillance of the embassy in Nairobi. He allegedly authored a terrorism manual recommending “blasting and destroying the embassies and attacking vital economic centres”.

Early in January, Libi died at the age of 50 in a New York hospital of complications from liver surgery as he was waiting to stand trial. His son Abdullah’s raucous display of outrage, surrounded by Islamic State flags, on the return of his father’s body could have portended the attack on the Corinthia Hotel in Tripoli, which houses diplomats and security contractors.

“Let Obama know that our appointment with him will be in front of Allah,” Abdullah al Ruqai is seen telling journalists angrily, in a YouTube video, on his father’s death. “I won’t forgive anyone who participated in the kidnapping of my father even if it was by mere words.”

From rendition to radicalisation

An assessment by the UK security service MI5 has established that a secret UK-Libyan rendition programme in which two Libyan opposition leaders were kidnapped and flown to Tripoli, along with their families, had the effect of strengthening Al Qaeda.

The Guardian newspaper wrote that prior to their kidnap, Abdel Hakim Belhaj and Sami al-Saadi had ensured that their organisation, the Libyan Islamic Fighting Group (LIFG), focused on the overthrow of Colonel Gaddafi.

But when the UK’s intelligence service MI6 seized them in Thailand and Hong Kong in March 2004 – and “rendered” to Tripoli along with Belhaj’s pregnant wife and Saadi’s wife and four children – their places at the head of the LIFG were taken by others who wanted to bring the group closer to Al Qaeda.

The papers recovered during the Libyan revolution show that Britain’s intelligence agencies engaged in joint operations with Gaddafi’s government.

In 2006, Libyan agents worked alongside MI5 on UK soil to allegedly intimidate a number of Gaddafi opponents granted asylum in the UK.

In a letter, Tony Blair wrote to Gaddafi in April 2007, addressed “Dear Mu’ammar”. Blair expressed his regret that the British government had failed in its attempts to have a number of Gaddafi’s opponents deported from the UK. It turned out that MI5 was seeking to disrupt the activities of anti-Gaddafi activists.

Belhaj and Saadi both say they were beaten, whipped, subjected to electric shocks, deprived of sleep and threatened while being held at Tajoura prison outside Tripoli.

Caliphate in the Med

Radical Islam is not new to Libya. In the 1990s the main armed resistance to Gaddafi was in fact the Libyan Islamic Fighting Group, whom the dictator crushed after a 10-year war in the Green mountains.

Years later, the main origin of the fighters that later would find themselves also fighting American forces inside Iraq, hailed from the town Derna.

When the 2011 revolution saw the Islamists return home, after Gaddafi’s death the big winners were the non-jihadist Muslim Brotherhood, whose Justice and Construction Party scraped together a fragile coalition after the first post-revolution elections in 2012.

Jihadism expert Aaron Y. Zelin was amongst the first to bring out the news of the rising Islamic State flag in Derna.

Majlis Shura Shabab al-Islam, based in Derna, proclaimed its allegiance to the Caliph (‘baya’), and since then Islamic State is believed to be operating in Benghazi, Sirte, and Tripoli, creating the self-styled Wilayat al-Barqah in the east, Wilayat al-Tarabulus in the west, and Wilayat al-Fizan in the south.

“The key difference is that Al Qaeda wanted its franchises to attack Western countries so that they stop supporting ‘apostate Arab regimes, which without the support of Western countries would then be ripe for the taking… On the other hand, the Islamic State’s main priority is building out its caliphate, fighting locally, instituting limited governance and conducting outreach.”

Added to this is Islamic State’s social media strategy: the Corinthia Tripoli attack was live-blogged by ISIS supporters on Twitter, who declared the operation “ongoing”, in the name of the “martyred” Abu Anas, and then tweeted the images of the suicide bombers.

“This accomplishes more, even if it appears that the Islamic State is doing more than it actually is, in comparison with al-Qaeda’s practice of waiting for a successful external operation to succeed and then claiming responsibility after the fact,” Zelin says.

“Libya has the highest likelihood of success since there is no state, though there are limitations too since there is a multi-polar devolution of a variety of armed actors… as of now, the Islamic State has indeed set itself up on a limited base in the Sinai and has established a growing movement in Libya more than two months following the announcement of its expansion.”