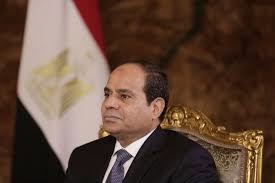 Egypt’s President Abdel Fatah Al Sisi told his nation to prepare for a long fight to defeat extremists on Saturday following a wave of attacks on security forces in the Sinai Peninsula.

Sisi made his televised address as military commanders announced plans to forge a unified command for all armed forces in Sinai.

“We will not leave Sinai for the terrorists,” Sisi said.

A Daesh-linked group in Egypt claimed responsibility, but Sisi laid the blame on the Muslim Brotherhood.
The Egyptian government has long said it is fighting a war on terror. But it has not been able to stem a daily stream of militant attacks despite more than a year of massive military operations in northern Sinai.

Two children, aged six and six months, were killed on Friday in an explosion that the army blamed on the militants.

A military official said the new “unified command” will mean joining the army units in North and South Sinai into a single force. He said this will involve setting up a new headquarters in Al Arish to administer military operations against terrorism.

Thursday’s assault was the second major deadly attack on Egyptian security forces in Sinai in the last 6 months. 31 troops were killed in an attack last October.