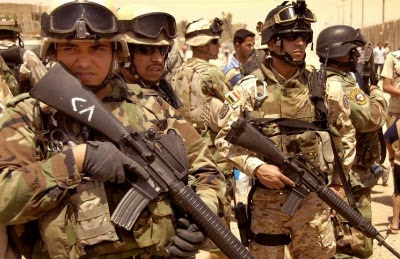 Al-Anbar (IraqiNews.com) On Saturday, Iraqi Ministry of Defense announced, that 30 elements of the ISIS group have been killed during fierce clashes with the Iraqi forces in areas of southern Anbar.

The ministry said in a statement obtained by IraqiNews, “Iraqi troops of the Army’s Eighth Brigade have managed to repel an intensive attack by the ISIS group militants on the area of al-Fallahat,” pointing out that, “The fierce clashes between the two sides resulted in killing 32 terrorists, including four snipers and seven suicide bombers within the ISIS group.”