You are here: Home / Senza categoria / 15 Peshmerga, trapped in a house surrounded, fought hundreds of Islamic State militants for over 24 hours 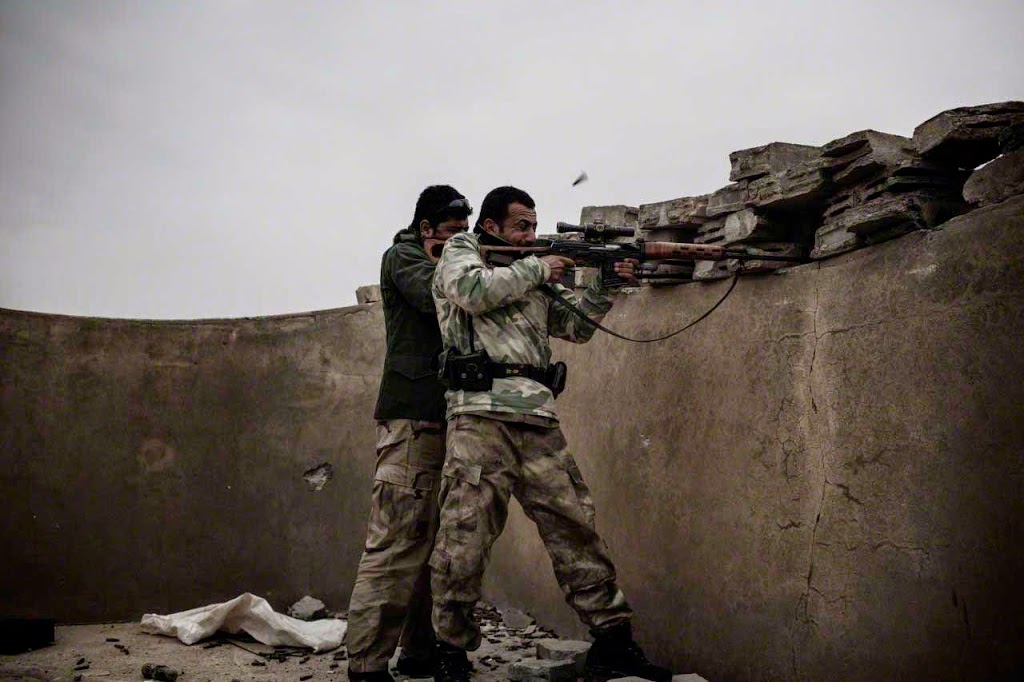 From early Friday morning through to Saturday afternoon, a small group of Peshmerga resisted an onslaught by hundreds of Islamic State militants near Mullah Abdullah village in south of Kirkuk, before being rescued by comrades.

A Peshmerga source explained the situation to BasNews: “Following the IS attack in western Kirkuk early on Friday morning, they captured Mullah Abdullah. Fifteen Peshmerga near the village found themselves surrounded by insurgents.”

He continued, “From then until Saturday afternoon, clashes took place between the Peshmerga and the hundreds of IS militants that surrounded them on all sides. They defended themselves bravely, without surrender.”

After the village and area was retaken by Peshmerga forces on Saturday, they found that four of the Kurdish fighters had been killed in the battle.

Peshmerga Commander Kamal Kirkuki spoke to BasNews on Saturday from the western front line in Kirkuk: “The village is back under the control of the Peshmerga, as are all areas in western Kirkuk that were captured by IS.”