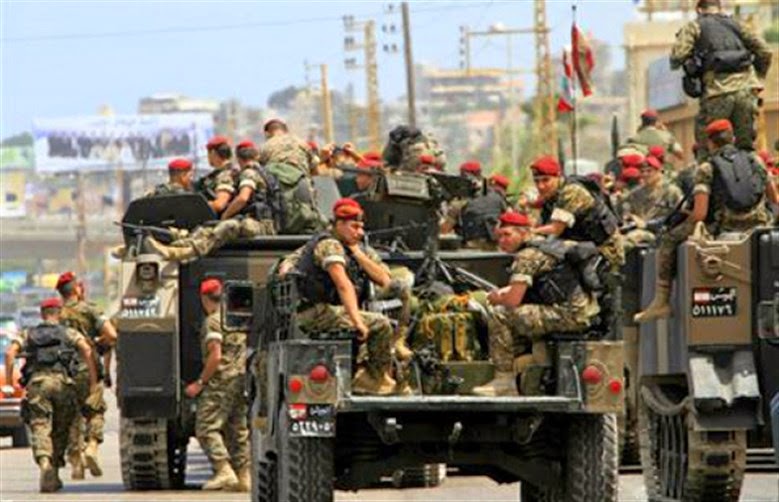 The Lebanese army is pushing ahead with preemptive strikes, shelling the outskirts of the northeastern Bekaa Valley area of Ras Baalbek to prevent any attack by Islamist militants deployed on the border with Syria, a security source said Monday.

The source told The Daily Star artillerymen maintained a daily pattern of pounding the area of Wadi Rafeq on the outer edge of Ras Baalbek with 120mm and 155mm projectiles for about 10-15 minutes every few hours in anticipation of any infiltration attempt by Daesh or Nusra Front jihadis.

Wadi Rafeq is less than three kilometers south of Ras Baalbek, whose outskirts saw deadly battles between the Lebanese army and militants who tried to overrun a military post in nearby Tallet al-Hamra last month.

The Syria-based militants, believed to be affiliated to Daesh, launched a surprise attack on an army post in Tallet al-Hamra, a hill overlooking Wadi Rafeq, in an early morning attack on Jan. 23, prompting clashes that endured for over 16 hours. The militants briefly overran the post, but the army regained control after it received reinforcements.

The attack posed a serious threat to the village of Ras Baalbek, which lies a mere five kilometers from the post. The fighting left eight Lebanese soldiers dead and at least 22 others wounded.

The bodies of more than 40 militants were discovered on the outskirts of Ras Baalbek, most of whom were killed by Lebanese army airstrikes.