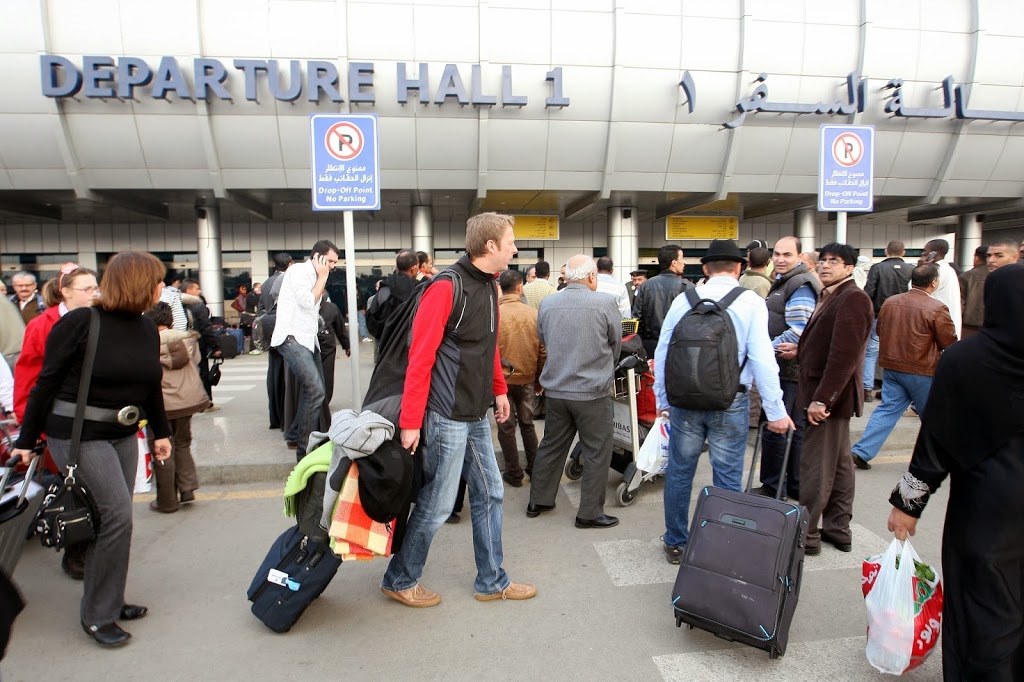 Cairo airport authorities tightened security after finding two bombs near the arrivals hall and a homemade explosive device exploded in the centre of the capital on Tuesday, security officials said.

State news agency MENA quoted Cairo security chief Khaled Youssef as saying the device planted in central Cairo was a sound bomb and that there were no casualties.
The bombs at the airport were detected with electronic devices early on Tuesday and security officials were reviewing video footage to try and determine who planted them, security sources said.
Islamist militants seeking to topple the government have carried out numerous bomb attacks on soldiers and police since the army toppled President Mohamed Mursi of the Muslim Brotherhood in July of 2013.
Last week, Islamic State’s Egyptian affiliate claimed responsibility for coordinated attacks in the Sinai Peninsula which killed more than 30 security personnel.
Egypt has been trying to project an image of stability ahead of an investment conference in the resort of Sharm el-Sheikh in March that the government hopes will generate ventures worth billions of dollars.
The bulk of attacks on security forces have occurred in the Sinai, which borders Israel and the Gaza Strip, but the insurgency has spread to other parts of Egypt.
Over the past year, police have frequently discovered homemade bombs planted near their vehicles and in public places in Cairo.
Political turmoil and militant violence after the 2011 uprising that toppled autocrat Hosni Mubarak have hammered tourism, a pillar of the economy.
President Abdel Fattah al-Sisi, who as army chief toppled Mursi and then launched a security crackdown on Islamists, says Egypt is fighting a long, hard war against terrorism.
The state makes no distinction between the Sinai-based militants who have pledged allegiance to Islamic State and the Brotherhood, which says it is committed to peaceful activism.