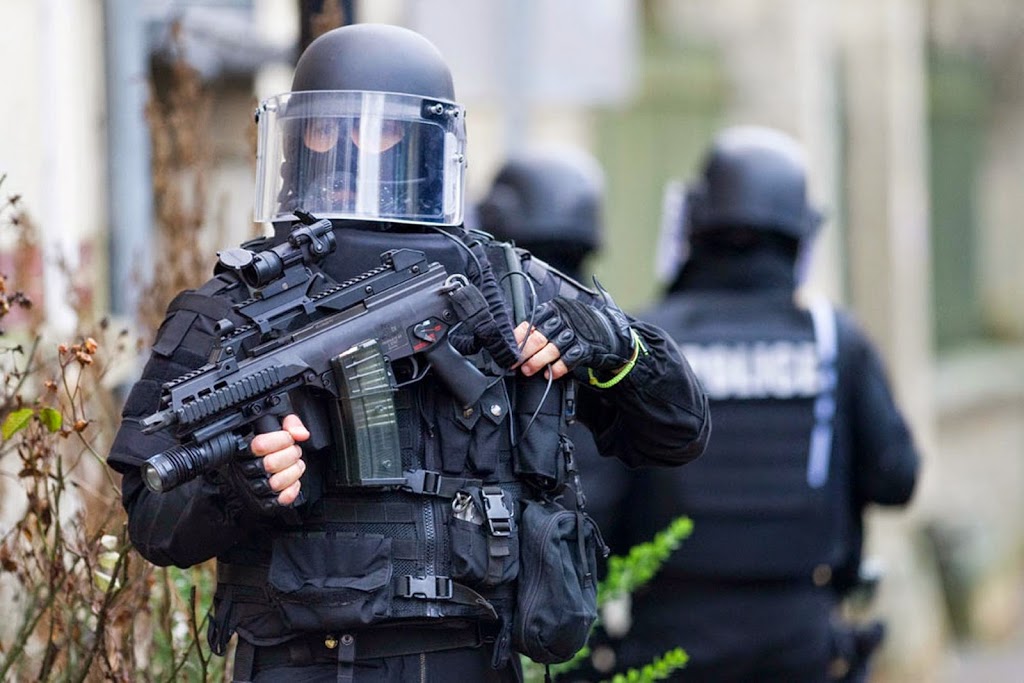 The raids, part of a series of operations since the attacks that killed 17 people in Paris between January 5-7, were carried out in the Seine-Saint Denis area north of the capital and in the region around the south-eastern city of Lyon.

Dozens of suspected militants with links to the conflicts in Iraq and Syria have been detained since the Paris attacks, including several individuals linked with the three terrorists shot dead by elite police units.

Tuesday’s raids show “the total determination of the government to fight against Jihadism,” Interior Minister Bernard Cazeneuve said in a press statement.

He explained that the eight people arrested in the operations were “suspected of actively taking part in signing up young French people for Jihadism.”

There are around 1,400 French people and residents here believed to be involved in the conflicts in Iraq and Syria, either on the field of battle or en route to or from the battlefield. Others are involved in the logistics of getting fighters to and from the region or in mainly Internet recruitment of volunteers.

Justice Minister Christiane Tabubira said in press comments recently that at least 60 French people have died in the fighting in Syria and Iraq and France was taking steps to detain fighters upon return to this country.

Taubira said in comments to the Anglo-American Press Association that she was reviewing the detention conditions for the most radical prisoners and isolating them to prevent “radicalisation of young vulnerable co-detainees”, many of whom have social or family problems.

Some 126 people have been detained upon returning from the Iraq-Syria region and most are facing terrorism charges and are being held in preventative detention pending formal proceedings.