You are here: Home / Senza categoria / Is the south of Lebanon about to be a test case for EU military ambitions? 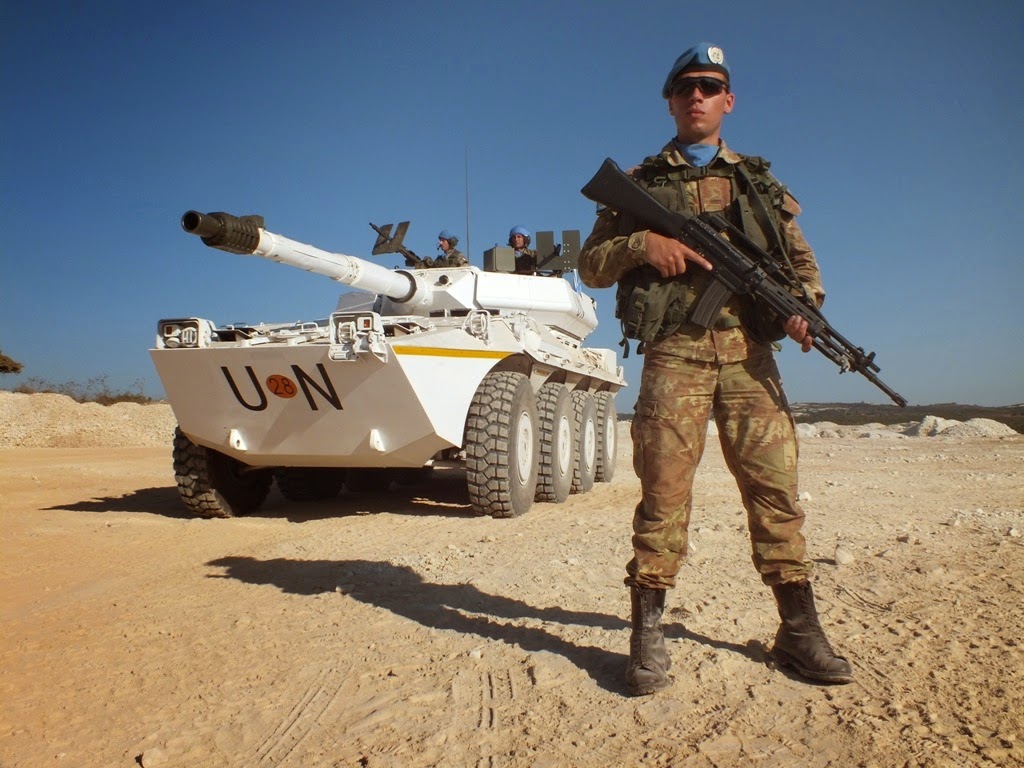 For years, EU apaches have dreamt of putting their names into the annals of history by giving Brussels more clout around the world, with its own security policy – to compete with NATO. And now the time, it seems, is ripe for that idea to be floated again with the situation in the South of Lebanon.

Is Israel’s recent complaint about UNIFIL – made just days ago after the recent battle with Hezbollah – just a coincidence, after an EU chief talks of a new ‘presence’ on the Lebanese side?

Is the European Union looking to use Lebanon as a crash-test dummy as Brussels moves ahead with plans to create an EU army of ‘peace-keepers’ in the Middle East –stationing the first group in the south of Lebanon alongside present UNIFIL soldiers?

Presently the EU has only dabbled in peacekeeping in Africa with minimal success in Chad and Mali, countries where the 28 nation block has more or less, singular ‘multilateral’ relations with the incumbent governments.

But in the Middle East, EU countries have varying opinion and diplomatic relations with the regional superpowers, Saudi Arabia, Iran and Israel.

Furthermore, it’s a little bit more complicated than keeping African rebels at bay and the EU has little or no credibility as a geopolitical player during a period where its Big Brother, Washington, appears to make up foreign policy for the region on a weekly basis.

Nonetheless, the EU is now about to look at the role present European armies play in the South. And that can only mean one thing. An EU mandate alongside the UN one.

The problem with this grandiose scheme is that it is an enormous experiment with the host country the one who plays the guinea pig and the EU cashing in, if it all goes well on the night.

The intractable problems in the South along the Israeli border seemed to have caught the imagination of EU chiefs who bandied the idea around for years that the EU could be an international peace-keeping force with its own autonomous policy alongside NATO in Afghanistan, for example – a blueprint which was explored in 2008 but never got off the drawing board.

But now the idea of EU troops in the south of Lebanon, with those important blue flags on their arms, is the focus of power brokers in Brussels, it seems.

The European commissioner for humanitarian aid and crisis management has said that terrorism is a common enemy with Lebanon, adding that the presence of European troops in southern Lebanon would be discussed during a meeting in Brussels.

“We have a common enemy which is terrorism,” Christos Stylianides told An Nahar in an interview today.
“It is beneficial to have deeper cooperation in that regard,” he said.

“Terrorist attacks are not against a certain religion or civilization. We have a common enemy and people are assaulting our joint legacy,” he added.

What difference does a blue flag on the arm make?
Stylianides revealed that the role of European peacekeepers in the United Nations Interim Force in Lebanon would be the subject of discussion at the meeting of EU foreign ministers in Brussels (today) on Monday.

He made the revelation after he was asked whether he had fears about the present European military presence in southern Lebanon – although was unable to explain what benefit it would be to Lebanon if a European soldier had an EU mandate, rather than the present UN one.

A Spanish peacekeeper was killed on Wednesday in the deadliest escalation on the disputed frontier since the 2006 war between Hezbollah and Israel.

Stylianides announced on Saturday that the EU is providing 37 million euros ($42 million) to help Lebanon cope with the Syrian refugees.

In his interview with An Nahar, Stylianides said that the EU has been facing the most demanding humanitarian crisis since World War II as a result of 12 million refugees.

“Those 12 million people are the victim of misery and are very close to the European border,” he said.