You are here: Home / Senza categoria / In this moment 30,000 Iraqi forces are taking on Tikrit in biggest ISIL operation yet 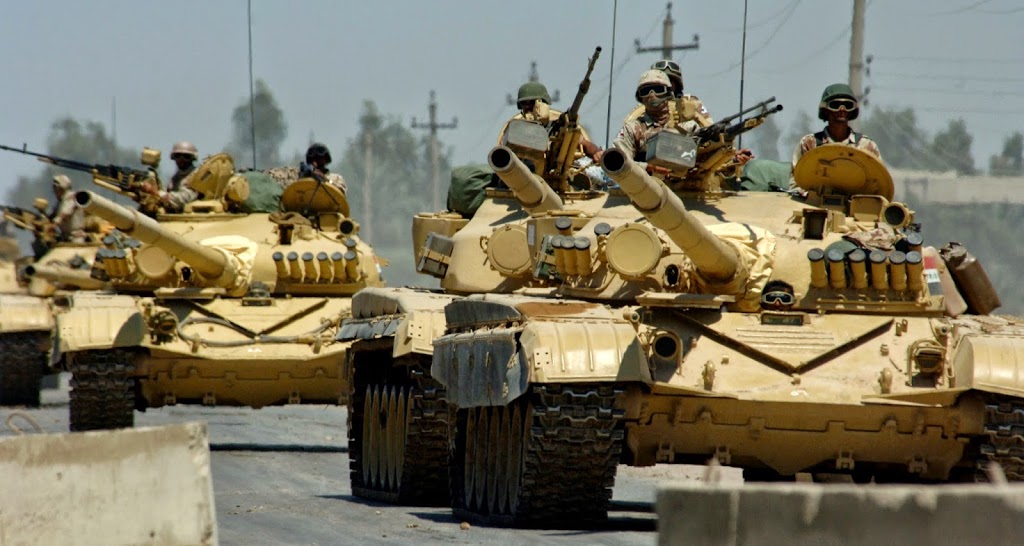 Some 30,000 Iraqi troops and militia backed by aircraft pounded ISIL positions in and around Tikrit on Monday in the biggest offensive yet to retake one of the group’s main strongholds.

Government forces have been working their way north in recent months, notching up key victories against ISIL but the city of Tikrit – where troops have been resisted several times – is their toughest target yet.

Building on recent successes, commanders voiced hope that the broadest operation since ISIL overran swathes of the country last June would be a step towards the liberation of Mosul, the extremists’ main hub in Iraq.

“Security forces are advancing on three main fronts towards Tikrit, Ad Dawr (to the south) and Al Alam (to the north),” said a senior army officer on the ground.

The operation began early on Monday morning after being announced by prime minister Haider Al Abadi the previous evening.

The army officer said the forces involved in the battle were from the army, police, counter-terrorism units, a government-controlled volunteer group known as the Popular Mobilisation units and local Sunni tribes opposed to ISIL.

“The attack is being carried out using fighter jets, helicopters and artillery targeting Tikrit to secure the advance and cut supply routes,” he said.

Military sources said Iraqi warplanes were involved but it was not immediately clear whether foreign air support – Iranian or from the US-led coalition fighting ISIL – was also called in.

According to both Iraqi and Iranian media, Qassem Suleimani – commander of the Al Quds Force covert operations unit of Tehran’s elite Revolutionary Guards – was in Salahuddin province to help coordinate operations.

Mr Al Abadi urged the security forces on Sunday to spare civilians during the offensive.

Speaking from Samarra, the other main city in Salahuddin province, the prime minister appeared to be addressing fears of reprisals against the Tikrit area’s Sunni population.

“The priority we gave to the armed forces and all the forces taking part alongside them is to preserve the security of citizens,” he said.

On social media, he called “for utmost care in protecting civilian lives and property.”

Hadi Al Ameri, the Popular Mobilisation commander and a central figure in Iraq’s fightback against ISIL, appealed to Tikrit residents on Saturday to leave their homes within 48 hours so government forces could “wrap up the battle of the revenge for Speicher.”

Speicher is a military base near Tikrit from which hundreds of new, mostly Shiite, recruits were kidnapped before being executed in the early days of the ISIL offensive that swept through much of the Sunni Arab heartland north and west of Baghdad last June.

Shiite militias in particular have vowed to avenge the Speicher executions, sparking fears of mass killings against Sunnis if Tikrit were to be recaptured.

Some Sunni tribes in the Tikrit area have been accused of direct involvement in the Speicher massacre.

Mr Al Abadi appealed to residents to turn against the extremists, who have suffered a string of military losses since Iraq’s foreign partners stepped up their support.

“I call on all those who were misled and made mistakes in the past to lay down their arms today. This may be the last chance,” Mr Al Abadi said, suggesting that some could be granted amnesty.

Iraqi forces have tried and failed several times to wrest back Tikrit, a Sunni Arab city on the Tigris river around 160 kilometres north of Baghdad.

“The aim of course is to liberate Salahuddin to allow for the return of displaced families but it is also going to be a stepping stone on the way to liberating Mosul,” he said.

Tikrit is the hometown of executed dictator Saddam Hussein, the remnants of whose Baath party have collaborated with ISIL in attempting to topple the Shiite-dominated government.

ISIL declared a “caliphate” last June straddling Iraq and Syria, where the US-led coalition has also been conducting air strikes but not coordinating with any significant ground force.