You are here: Home / Senza categoria / IS militants prepared terrorist attacks in Uzbekistan 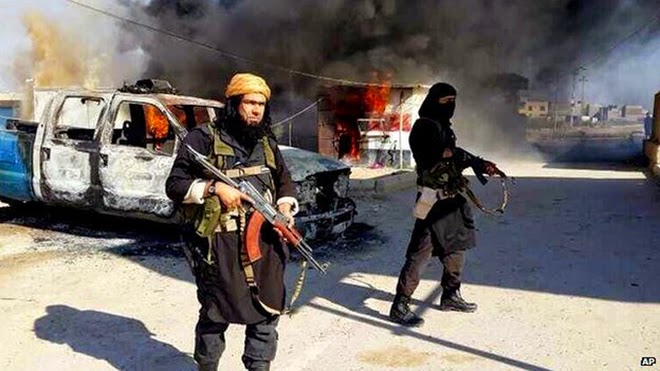 Uzbekistan is strengthening the state border in connection with the special services’ data about the intentions of “Islamic State” (IS, previously “Islamic State of Iraq and the Levant”) extremist group members to conduct terrorist attacks in the country, the national media reported with reference to the National Security Service experts Feb. 3.

The National Security Service representatives think that the activity of the IS group members arrested in Uzbekistan in 2014 is not limited to the recruitment of militants. In parallel, several terrorist attacks were prepared in Uzbekistan for the spring of 2015.

The data obtained by the law enforcement bodies from the members of the Islamic Movement of Uzbekistan, as well as members of the IS group arrested in Uzbekistan in November and December 2014 testify to this. The detained Uzbek citizens underwent military training in Pakistan in 2013. In 2014 they returned to Uzbekistan to attract young people into the IS ranks to destabilize the country’s situation on the eve of the presidential election.

Moreover, the authorities have data about the gathering of militants on the Afghan-Uzbek border, as well as about large harvest of opium in Afghanistan in 2014.

With this information, Uzbekistan is taking additional measures on strengthening and protection of the state border as well as proactive preventive actions and raising public awareness.

The cooperation between the border guards of neighboring countries in the region plays a significant role in strengthening the protection of the state border, according to the National Security Service analysts.

The analysts believe that this cooperation is possible with the technical equipment and interaction system of border guards of Tajikistan, Kyrgyzstan and Uzbekistan, and this will allow the countries to protect their borders without the need to redeploy additional troops.

The length of the border between Uzbekistan and Afghanistan is 137 kilometers. International experts believe that it is the most protected section of the border compared to the same sections of the neighboring Central Asian countries.

The ‘Islamic State’ (IS, formerly ISIL or ISIS,) was created in 2003 in Iraq. Between 2004 and 2006, the organization was led by Abu Musab al-Zarqawi, and consisted of 11 radical Islamist groups, which had close ties to the terrorist organization Al-Qaeda.

Following the start of military confrontation in Syria between the armed opposition and government forces, the IS penetrated the country in 2013. The organization said at the time it refuses to take the oath of Al-Qaeda and declared ‘a holy war’ against all groups in Iraq and Syria, as well as the Syrian government forces.

Strengthening of the IS in Syria allowed it to return to Iraq, deploying military actions against government forces there.

In late June of 2014, the IS announced about the creation of the ‘Islamic Caliphate’ on the territories under its control in Iraq and Syria. In turn, Iraqi authorities asked the international community for help in fighting the IS.