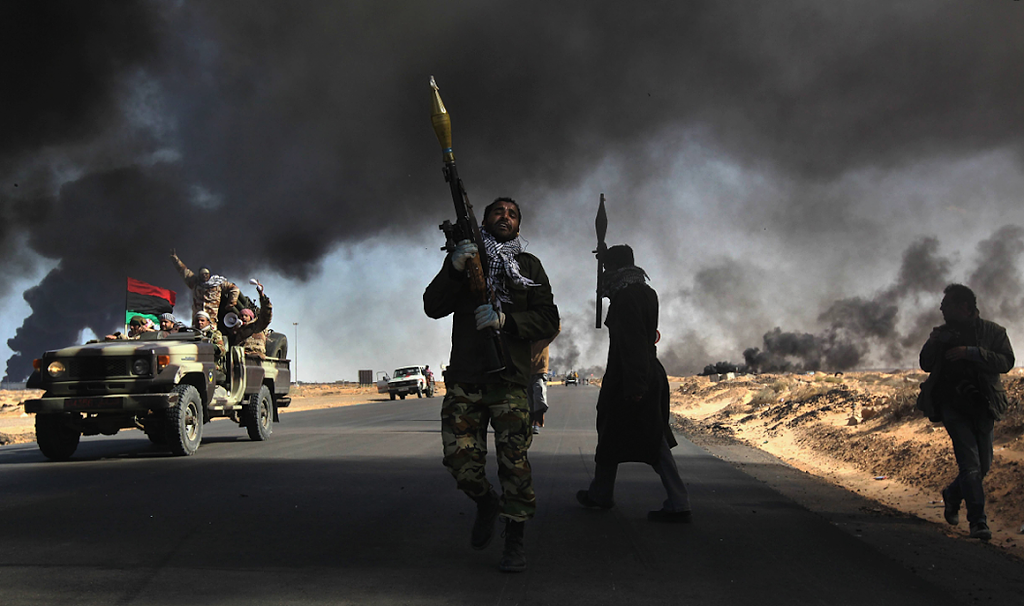 The fighting came a day after the United Nations said it was seeking a ceasefire to pave the way for a new round of peace talks between rival factions operating two opposing governments, nearly four years after Muammar Gaddafi’s overthrow.

Libya’s internationally recognized government under Prime Minister Abdullah al-Thinni and the elected House of Representatives have been based in the east since a group called Libya Dawn seized Tripoli last summer, set up its own administration and reinstated the old parliament.

Troops loyal to the Tripoli government launched an offensive in December to try to take the eastern Es Sider and Ras Lanuf oil ports, which have had to shut down operations. Both sides had declared partial ceasefires last month which had largely held to give a U.N.-sponsored dialogue a chance.

Forces allied to Thinni conducted air strikes on Tuesday to stop a new advance of fighters allied to the rival government, a spokesman for Thinni’s forces said.

“There is an attack from them from all sides on the oil ports,” the spokesman said. “But we’ve stopped them.”
The rival force confirmed fighting was taking place. “Our buys are advancing,” said an official of the rival government, adding that five of his troops had died.

On Monday, U.N. Special Envoy Bernadino Leon visited Tripoli to discuss with the rival assembly restarting the talks within days inside Libya.

Last month, the United Nation managed to bring some members of the factions to talks in Geneva but the Tripoli-based parliament known as GNC wanted the dialogue to take place inside Libya.

The shutdown of the two ports is a blow to Libya’s already crippled public finances as the central bank has been using up its dollar reserves to keep the country afloat.

Oil output has slumped to around 350,000 bpd, a fifth of what Libya used to pump before the 2011 uprising against Gaddafi.