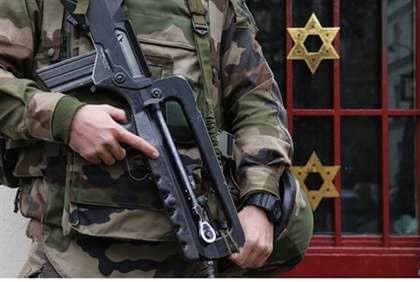 Three soldiers of anti-terror patrol have been injured in a knife attack in front of a Jewish community center in the French city of Nice.

Local news portal Nice Matin has reported that one soldier sustained a facial injury, another a leg wound, and one was grazed on the chin.
The suspected attacker was quickly taken into custody by the police.

The attacker has been identified as Moussa Coulibaly. The last name of the attacker is the same as that of the man who killed four people in a kosher store in Paris last month, according to media reports.

According to a police official, the attacker pulled a 20-centimeter long knife out of his bag and cut one of the soldiers in the chin. Then, he attacked two other soldiers, before riot police could arrest him, AP says.

The attacker had a past record of theft and violence. According to the police, his motive for the attack is not yet clear.

France has been on high alert since last month’s terror attacks in the Paris region by three Islamist gunmen, in which 17 were killed.