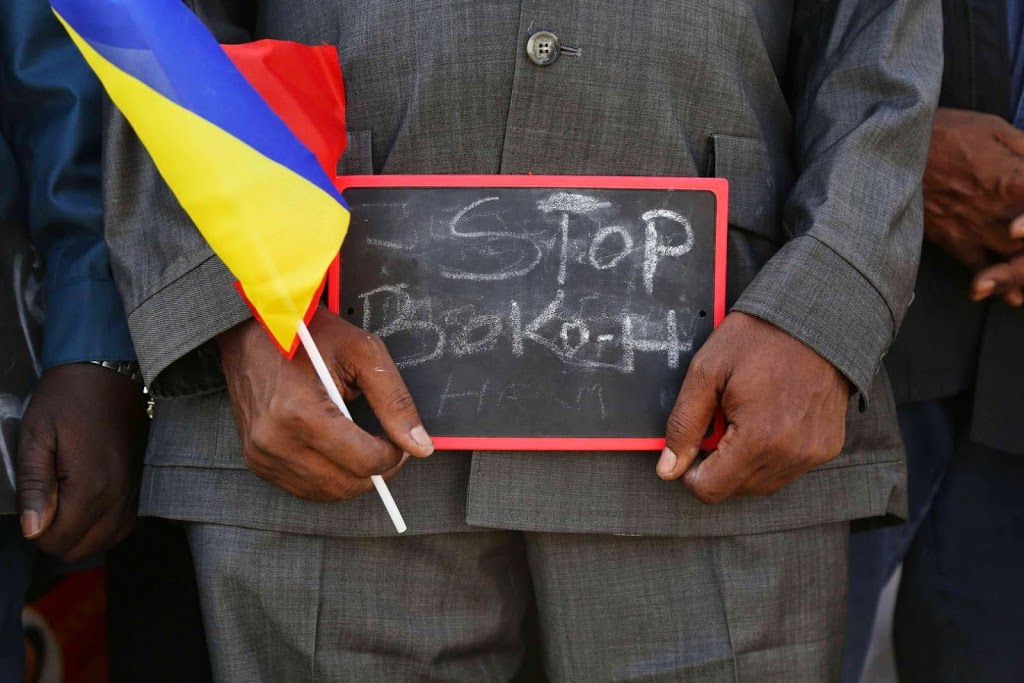 Chadian troops clashed with Boko Haram fighters in the northeastern Nigerian town of Gambaru on Tuesday in a bid to break the Islamist insurgents’ grip on the town bordering Cameroon, Chadian military sources said.

Chad has deployed some 2,500 troops as part of a regional effort to take on the militant group that has waged a bloody insurgency to create an Islamist emirate in northern Nigeria, which killed an estimated 10,000 people last year.

The fighting in Gambaru, south of Lake Chad, came as hundreds of Chadian soldiers massed near the town of Diffa in Niger, near the Nigerian border northwest of the lake, military sources in Niger said.

“Our troops entered Nigeria this morning. The combat is ongoing,” one of the sources at Chad’s army headquarters told Reuters about the fighting in Gambaru.

Boko Haram fighters had launched attacks across the border bridge from Gambaru into Cameroon, the sources said.

The road from Gambaru to Fotokol in Cameroon is one of Boko Haram’s major supply routes. It has been hampered since Cameroon deployed special forces to the area in mid-2014, leading to fierce fighting in the area.

The Nigerian government said on Monday that Gambaru alongside several other towns in the region including Mafa, Mallam Fatori, Abadam and Marte had been liberated from Boko Haram.

Nigeria’s Defence Ministry spokesman Brigadier General Chris Olukolade told Reuters via a text message that it was the Nigerian forces that planned and were driving the offensive against Boko Haram.

“The Chadians are…working in concert with the overall plan for an all round move against the terrorists as agreed,” Olukolade said.

The Sunni jihadist group has become the main security threat to the stability of Nigeria, Africa’s biggest economy and top oil producer, and increasingly threatens its neighbours.

The African Union (AU) has authorised a force of 7,500 troops from Nigeria, Chad, Cameroon, Niger and Benin to fight the militants.

Chad’s 2,500 troops will form part of the force. Niger army sources told Reuters on Tuesday that several hundred Chadian troops are moving against the militants on the Niger side of the border with Nigeria.

“An important contingent of Chadian troops equipped with tanks and artillery have arrived in the Diffa region in the fight against Boko Haram,” one army source said, requesting not to be named. Another said there were at least 300 of them in the town of Bosso, on the Nigerian border.