You are here: Home / Senza categoria / Latest attack in Lebanon sends message on IS endgame 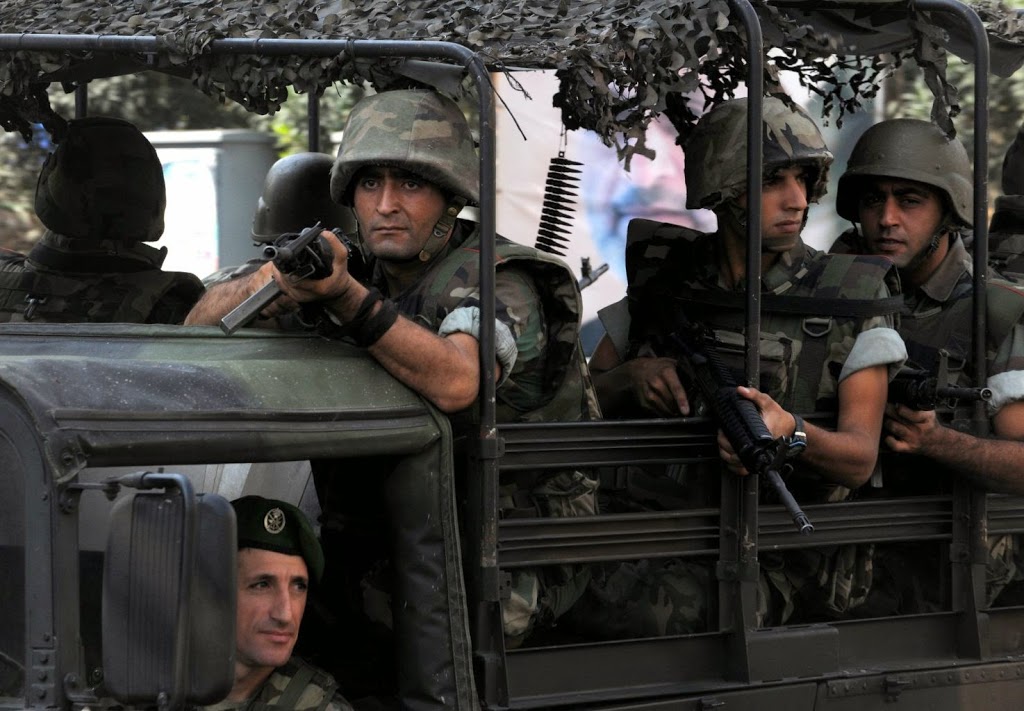 On Jan. 22, the Lebanese army opened a new chapter in the war against terrorism, thwarting an Islamic State (IS) attack against a guard post for the army’s second land border regiment in Tallet al-Hamra, in the lands beyond Ras Baalbek, in the east of Lebanon.

This attack, the second in the same place in three months, ended with the army regaining control over the site after dozens of militants and eight soldiers were killed.

The site, located on the outskirts of the village of Ras Baalbek in the northern Bekaa, 40 kilometers (25 miles) north of the town of Baalbek, was reinforced with additional units arrived after it became apparent that the militants aimed to attack the Christian-majority villages there. The move was part of IS’ plan to take over the lands surrounding Arsal, connect them to the town of Arsal then to the rest of the Christian towns of the northern Bekaa, reaching Danniyeh and Akkar in the north.

After the attempt failed, the armed groups turned their attention to taking control over the largest area possible and impose their conditions on the Lebanese government.

Well-informed security sources told Al-Monitor on condition of anonymity that the available intelligence revealed that the main goal was to kidnap more soldiers to add to those in captivity since the Aug. 2 battle in Arsal. IS hopes to strengthen its position in the negotiations to release the kidnapped soldiers, as well as build pressure on the Lebanese government.

Interestingly, the attack took place less than 24 hours after Lebanese commander Gen. Jean Kahwagi visited the units spread across the outskirts of Arsal, where he stressed the need to “prevent terrorism from reaching Lebanon, no matter how much blood and sacrifice it takes.” The sources believed that the militants wanted to send a message to the army leadership, reaffirming that they still have cards to play.

Although controlling the hills in the region is an essential goal for the armed groups, the sources ruled out the possibility that the recent attack on Tallet al-Hamra was intended to let IS remain there, since that would require a comprehensive military operation to protect the militants and secure logistical supply roads by occupying the neighboring hills, including Tallet Umm Khaled (the closest to Tallet al-Hamra), Tahoun al-Hawa hill, Mkhairmeh and Khirbet al-Jrash.

The sources noted that there is no military presence in these hills, but they are strategic points of access to the area around Arsal. In addition, such an operation would require a much larger number of militants than the around 70 who executed the attack. According to the same sources, after regaining control over Tallet al-Hamra, the Lebanese army took over a number of neighboring hills after using bulldozers to open roads and connect them to one another.

There are two factors behind the attack against this specific hill. The first is the tight measures taken by the army after the battle in August 2014, which saw the closing of the crossings between the town of Arsal and its surroundings. Attempts to attack regions controlled by Hezbollah, such as al-Labweh and Brital, failed.
The second factor seems to be the purposeful attacking of a Christian-majority region in the outskirts of Ras Baalbek, because if it fell, it would create fear and instability among Christians, which might result in their displacement, as has been the case in neighboring countries.

This would allow the militants to easily take control over these villages. However, investing in the field aspect might not be limited to displacing the Christian residents of Ras Baalbek and could extend to spreading fear in the Christian villages of Central Bekaa such as al-Firzel, Ablah, Zahle and Drous. The sources believed that targeting these towns would allow the militants to achieve both field and moral gains.

The field aspect is related to how close these villages are to the international road connecting Beirut to Damascus. Al-Sham Road has a strategic importance to the supply lines to Syria and is a vital crossing connecting the northern Bekaa to central and western Bekaa, where some Christian villages are located. It also connects the Bekaa region to the south, particularly to the villages of al-Arkoub, adjacent to the Syrian town of Beit Jinn, which is under the control of the militants and the entry point from which they try to get through to Arkoub.

This goal cannot be achieved unless the militants invest in the moral gains they are aiming to accomplish in the event that their plan in Ras Baalbek had worked and they had succeeded in displacing its residents as well as the residents of other regions by spreading fear across the Christian villages of the central and western Bekaa, guaranteeing there would be no resistance.

This plan does not seem to have been implemented so far, as the Lebanese army has prevented the militants from advancing in Tallet al-Hamra and have taken control over the neighboring hills. In addition, the Syrian army is in control over the other side of the borders in central Bekaa toward Jdeidet Yabous, al-Masnaa and the adjacent regions to Qusaya, Helweh and Kfar Zabad. Thus, the situation will remain as it is, as both parties wait for field developments to allow them to improve their positions.

On Jan. 31, the militants advanced in Tallet al-Hamra before the army stopped them. On Feb. 2, the army also targeted the terrorists’ movements in Tall el-Mkhairimi in the same area. As the terrorists persist in their attempts to breach this location and the army retaliates, the next round is only a matter of time.