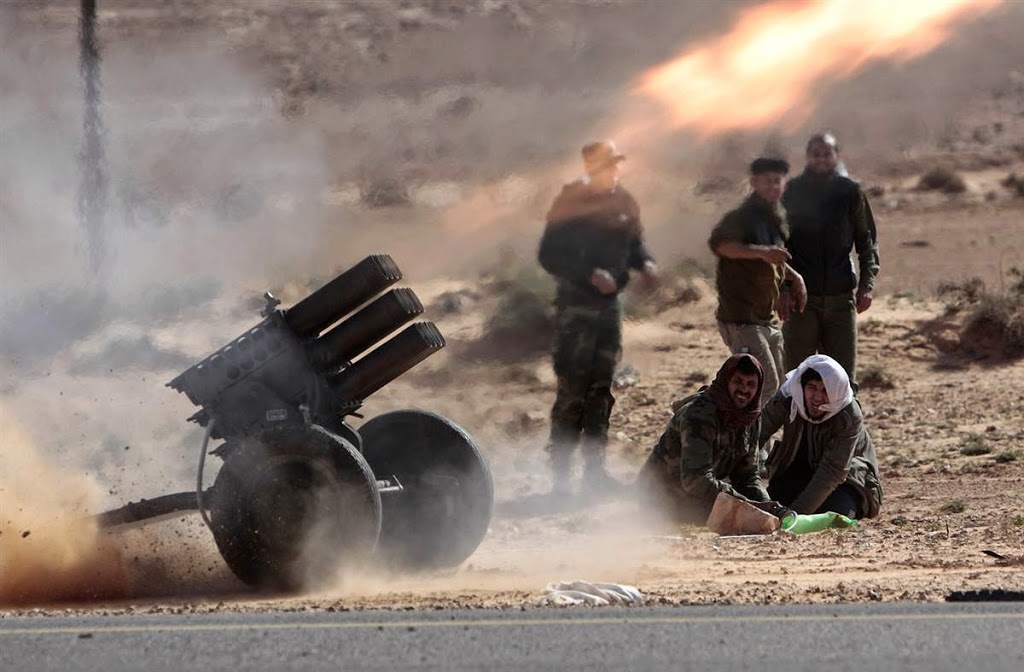 At least 16 soldiers have been killed and 38 wounded during separate clashes around a rebel-held stronghold and a key oil terminal in an eastern Libyan port, officials say, APA reports quoting Press TV.

The Libyan army lost 11 soldiers during an offensive against armed men near the town of Derna on Monday, said Colonel Ahmed al-Mashari on Tuesday.

The armed groups suffered “heavy losses” in the skirmishes, the official added.

Experts say the ISIL Takfiri terrorist group fighting in Syria and Iraq has gained a foothold in Derna amid the chaos in Libya.

Meanwhile, five soldiers were killed and another 13 were wounded during clashes with Fajr Libya militias in the key oil hub of Sidra, Colonel Ali al-Hassi said.

The Tripoli-based General National Congress, backed by the Fajr Libya militias, controlling the capital, are waging a war against the official Libyan army, supported by the Tobruk-based parliament, in the far east of the country.

The new Tripoli rulers have set up a rival parliament and government not recognized by the international community.

Rival political factions are fighting for power and oil in the country, which is devastated by a NATO campaign that led to the fall of longtime dictator Muammar Ghaddafi in 2011.