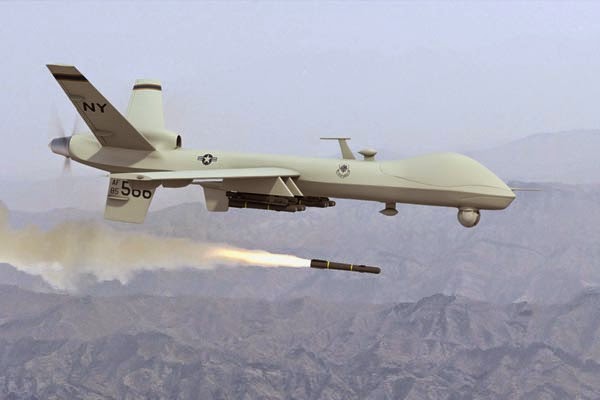 US drone aircraft targeted a senior figure in Somalia’s Al-Shabaab militia, the Pentagon said Tuesday, in the latest bid to take out leaders of the Al-Qaeda-linked group.

US special operations forces “using unmanned aircraft and several Hellfire missiles” carried out the strike on Saturday against Al-Shabaab’s chief of external operations and planning, spokesman Rear Admiral John Kirby told reporters.
“We are still assessing the results of the operation and will provide additional information when and if appropriate.
“At this time, however, we don’t assess there to be any civilian or bystander casualties as a result of the strike,” Kirby said.
The operation was conducted at about 1400 GMT on Saturday south of Mogadishu. The Pentagon identified the Al-Shabaab senior figure as Yusuf Dheeq.
SIGNIFICANT BLOW
Somali government officials and witnesses told AFP over the weekend that a house used by members of the Al-Qaeda-linked Al-Shabaab militants had been hit in an air raid on Saturday.
In September last year, the Al-Shabaab ‘s leader, Ahmed Abdi Godane, was killed in a US strike. And Washington carried out another air raid in December which Somali officials said took out a top Al-Shabaab intelligence figure.
Saturday’s operation demonstrated Washington’s commitment to Somalia and “it goes to show again how long our reach can be when it comes to counter-terrorism,” Kirby said.
If the raid proved successful, “if he no longer breathes, then this is another significant blow to Al-Shabaab and their ability to conduct, plan, prepare for and strike against targets inside and outside Somalia,” he said.
There are roughly 100 US military advisors, mainly Green Beret special forces, deployed to Somalia to help the government in its fight against Al-Shabaab, officials said.
The Al-Shabaab militants are fighting to overthrow Somalia’s internationally backed government and have also carried out a string of revenge attacks in neighbouring countries.Source:  nation.co.ke