You are here: Home / Senza categoria / Tehran’s political and military hegemony over Baghdad 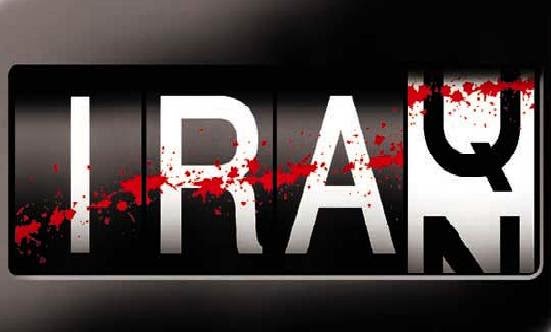 As the world focuses its attention on fighting the Islamic State of Iraq and Syria (ISIS), from Syria and Iraq to Libya, the serious dangers posed by Iran-backed Shi’ite militias in Iraq are barely noticed.

US President Barack Obama’s clear enthusiasm for the war on ISIS and his recent overtures towards Tehran have created for the latter an opportunity to tighten its grip in Syria and Iraq as well as other regional countries.

Any steps aimed at fighting ISIS, particularly in Iraq’s second largest city of Mosul which the radical group still holds, should therefore be conducted with the participation of Sunni fighters. Even those steps are not guaranteed success as long as the international community, particularly the US, continues to turn a blind eye to such violations by militias and their submission to the Iranian Islamic Revolutionary Guard Corps.

With the emergence of ISIS, Washington found itself in a contradictory position: fighting in the same trench with one of its archenemies, Iran, and the allied Shi’ite militias who stand accused of committing sectarian crimes in Iraq.

As the anti-ISIS international campaign took off, Washington started to provide, whether directly or indirectly, the needed aerial cover not just for the Iraqi army but the Iran-backed militias, despite their poor human rights record across Iraq.

Both Obama and the UN Security Council have long ignored the deteriorating crisis in Iraq, turning a blind eye to countless reports relating to allegations of torture and ethnic cleansing at the hands of Shi’ite militias.

Nevertheless, Obama’s administration never ceased to sign multi-million-dollar weapon deals with the Iraqi government under former Prime Minister Nuri Al-Maliki—known for his sectarian policies as well as his full support for Iranian-backed militias.

Such militias include some of the most influential Shi’ite figures in Iraq, such as Hadi Al-Amri who heads the Badr Organization, Abu Mahdi Al-Muhandis who stands accused of masterminding the bombing that targeted the US and French embassies in Kuwait in 1980, and the Asa’ib Ahl Al-Haq leader Qais Al-Khazali.

On the other hand, not all Shi’ite-majority militias in Iraq are backed by Iran. Saraya Al-Salam (Brigades of peace) is one of them and operates under the authority of Iraq’s senior Shi’ite leader Moqtada Al-Sadr, who fought alongside Sunni tribes against the US occupation.

“Sadr opposed the policies of Asa’ib Ahl Al-Haq that emerged from the Mahdi Army he established a few years ago,” Renad Mansour of the Carnegie Middle East Center told Asharq Al-Awsat.

The two groups fell out after Sadr accused some of Asa’ib’s radical members of committing sectarian crimes in 2006.

The continuous coordination between those militias and the Quds Force, an elite sub-unit of Iran’s paramilitary Islamic Revolutionary Guard Corps, has undermined the authority of Iraq’s state institutions.

Iran’s powerful Gen. Qassem Suleimani is known for commanding the Quds Forces on several frontlines in Iraq. His powerful command has enabled Tehran to fill the vacuum left by the self-distancing approach followed by the Obama administration in Iraq.

In comments to Asharq Al-Awsat, Sinan Adnan from the Institute for the Study of War maintained that US policy towards the role of Shi’ite militias in Iraq remained vague and that “much ambiguity” surrounded US officials’ statements on the matter.

“So far there has been no clear [US] policy towards the Iranian-backed militias, and when a US official was questioned recently about the role of Shi’ite militias they only answered that they should be integrated into security forces, without giving further clarifications,” he said.

“Iranian-backed militias have carried out operations in cooperation with Iraqi security forces on local levels but we have not seen such cooperation and coordination on higher levels such as with the Ministry of Defense,” he added.

Several influential militia figures have become part of the Baghdad government’s hierarchy. Al-Hakim Al-Zamily, the leader of an Iranian-backed militia accused of running death squads, now chairs the Security Committee in the Iraqi parliament. Incumbent Minister of Interior Mohammed Al-Ghabban is a key figure at the Badr Organization, the Shi’ite militia that stands accused of committing sectarian crimes.

Adnan also highlighted the need to differentiate between militias who display absolute loyalty to Tehran and those with a nationalistic character, such as Saraya Al-Salam and the Shi’ite volunteers who responded to the call of Grand Ayatollah Ali Al-Sistani after it became clear that ISIS was posing an existential threat to the Shi’ite-led Iraqi government.

The international community in general and the Baghdad government in particular face the difficult task of restoring national stability and unity to a country that has seen its state authority diminished and future endangered thanks to the growing influence of radicalism in its Sunni and Shi’ite versions.

“When I recently spoke to Iraqi Prime Minister Haider Al-Abadi he said he knew well that the democratic process was enough to put an end to those militias,” Mansour added.