You are here: Home / Senza categoria / Erdogan and the end of the Constitution in Turkey 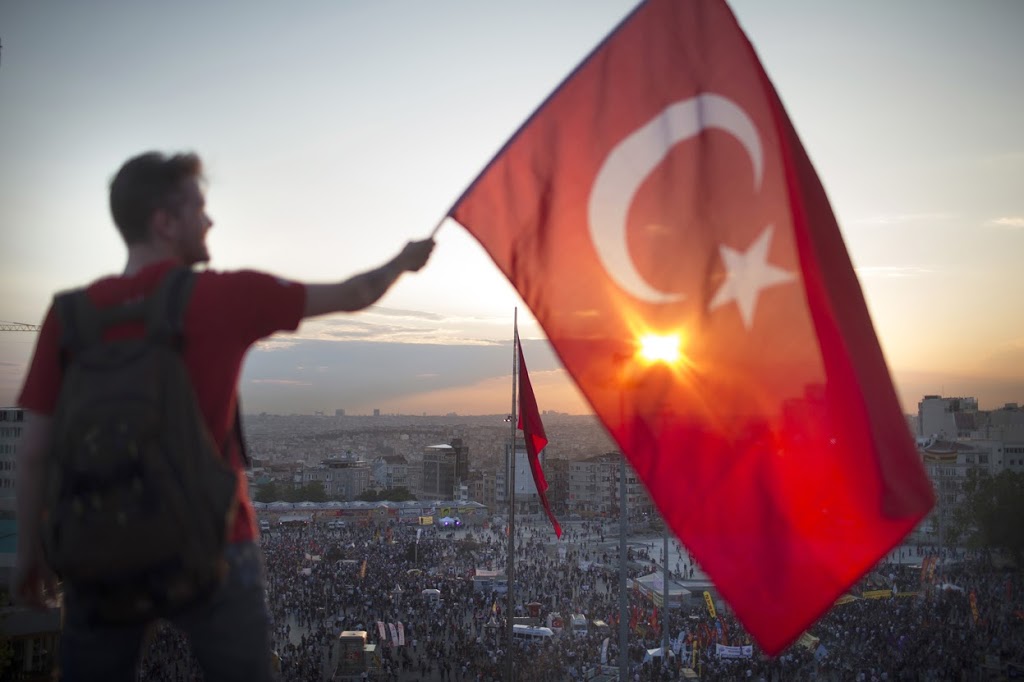 The regime of President Recep Tayyip Erdoğan has taken control of Bank Asya, which was founded by sympathizers of the Hizmet movement. The regime’s pretext to control the bank is ridiculous. For about a year Erdoğan has been breaking all sorts of banking, finance and stock exchange laws to sink the bank but the bank has proved resilient, thanks to the devout support of Hizmet volunteers.

As a result, the regime was not able to seize the bank on the basis of financial weakness and instead made the simple accusation that the major owners of the bank did not give the authorities the details of their wealth in time, after giving them extremely short notice.

This simple pretext shows that the bank’s figures are strong, despite Erdoğan’s claims. If Turkey did not need foreign money to run its economy, the Erdoğan regime would not need to find such ridiculous pretexts and would directly seize the bank. Let us see if Saudi Arabia and/or Russia undertake the job of sending the Erdoğan regime tens of billions of dollars to help him so that the regime may have the luxury of seizing the property, assets and banks of dissidents.

Erdoğan keeps visiting and contacting his great friends in these countries in this hope. We do not know what he promises in return. He is desperate due to the extremely robust evidence of corruption against him and given his survival instincts to save himself from the rule of law, he is ready to destroy everything, including the Constitution, Turkey and its relations with the West. You will see that he knows no limits to save his skin.

It is a well-known secret that the Erdoğan regime is attacking Bank Asya for purely political and personal reasons. The bank was suddenly “discovered” to be financially weak only after the Dec. 17 corruption investigation, which Erdoğan has framed as a coup attempt. Even within his own party there so few people who believe in this extravagant narrative that Erdoğan keeps nagging his friends about not speaking up against the coup.

He must know that they are not desperate like him, other than to try to keep their political positions, such as parliamentary seats. They are not bogged down by huge corruption investigations, so unlike Erdoğan and a few of his zealots, they do not risk breaking the law and then eventually being tried by the courts when the rule of law returns to the country.

They know that whatever the Erdoğan regime is doing to sink Bank Asya would be a serious crime under normal conditions and deserve very serious punishment. They know that as Reuters reported last October, “Seeking to show loyalty to Erdoğan, state-owned firms and institutional depositors earlier in the year withdrew 4 billion lira ($1.75 billion), or some 20 percent of Bank Asya’s total deposits.” Bank Asya is listed on the İstanbul Stock Exchange (İMKB) and an important chunk of it is owned by its many shareholders.

They will definitely sue the Erdoğan regime and its collaborators in international courts. Reuters also reported in October that Erdoğan “said he wanted Bank Asya’s keys on his table when he came back,” according to a source “who had direct knowledge of the matter and asked not to be named because of the sensitivity of the issue.” Even when denying all these crimes, Erdoğan has unintentionally made a confession and also committed a crime, telling the Turkish Industrialists and Businessmen’s Association (TÜSİAD) in İstanbul: “It is being said that there are efforts being made to sink a bank. There is no work being done to sink a bank.

This bank has already failed.” Everybody knew that he meant Bank Asya and for those who could not remember what had been happening, the Erdoğan media made it clear to their audience that Erdoğan meant Bank Asya. These are all crimes under current Turkish law and Erdoğan has been trying to make these crimes legal thanks to the majority of seats that he controls in Parliament.

The Erdoğan regime has become addicted to crime. The only way to keep itself from the rule of law and a fair, transparent and just judicial trial is to commit more crimes. What a catch-22 situation and what misery for a politician who started his journey as a humble man. We are simply witnessing another “evilization” that humans have been consistently warned against by holy books.