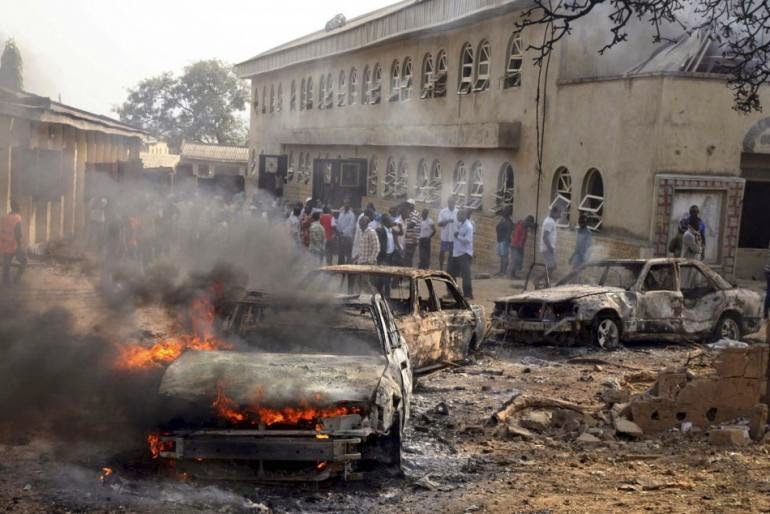 Boko Haram fighters went on the rampage in the Cameroonian border town of Fotokol Wednesday, massacring dozens of civilians and torching a mosque before being repelled by regional forces.
The onslaught came a day after Chad sent troops across the border to flush the jihadists out of the Nigerian town of Gamboru, which lies some 500 metres (yards) from Fotokol on the other side of a bridge.
Chad’s army said it had killed more than 200 Boko Haram militants in the intervention — the first by regional forces against Boko Haram on its home ground. But some of the insurgents escaped, it added.
On the Cameroonian side of the border, the Boko Haram assault on Fotokol left nearly 70 civilians and six Cameroonian soldiers dead, a local security source told AFP.
There were also Boko Haram bodies “everywhere,” the source added.
“Boko Haram inflicted so much damage here this morning. They have killed dozens of people,” Umar Babakalli, a resident of Fotokol, told AFP by telephone.
Source:  punchng