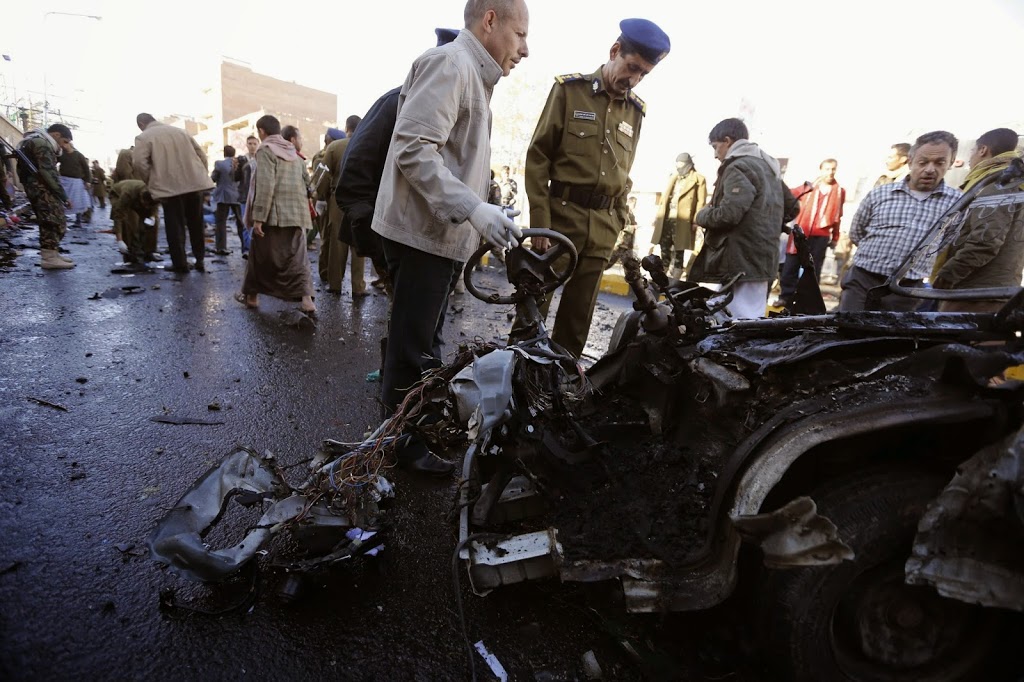 Security officials on Wednesday said a suicide car bomber targeted a military base in central Yemen, killing at least five troops.
The officials said that Wednesday’s bombing struck the gates of the base in the province of Bayda, which has seen fierce clashes between Shiite Houthi rebels who last year overran the capital of Sanaa and al-Qaeda militants allied with Sunni tribesmen.
The officials said that elsewhere in Bayda, a senior Houthi member was killed. The officials spoke on condition of anonymity because they are not authorised to talk to reporters.
The Houthis’ power grab has plunged Yemen into a deep political crisis.
Also on Wednesday, witnesses in Hodida province said that Houthis opened fire there at an anti-rebel rally, wounding three protesters. The witnesses spoke on condition of anonymity fearing for their safety.