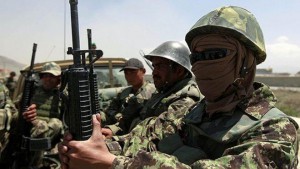 At least 36 anti-government armed militants were killed and 48 others were wounded in counter-terrorism operations led by the Afghan National Army (ANA) forces in the past 24 hours.

The Ministry of Defense (MoD) said the operations were jointly conducted in various parts of the country and as a result at least 48 militants were also injured.

A statement by MoD said at last 46 others were also injured during the operations and various types of weapons and ammunition were confiscated by the security forces.

The Afghan national security forces have doubled counter-terrorism operations in different parts of the country amid deteriorating security situation in the country.

The Taliban-led insurgency have been rampant during the recent weeks in different parts of the country, including capital Kabul besides the newly-emerged loyalists of the Islamic State of Iraq and Syria (ISIS) terrorist group are looking to expand foothold in the country.