You are here: Home / Senza categoria / Hamas urges its Lebanon and Syria branches to launch attacks on Israel 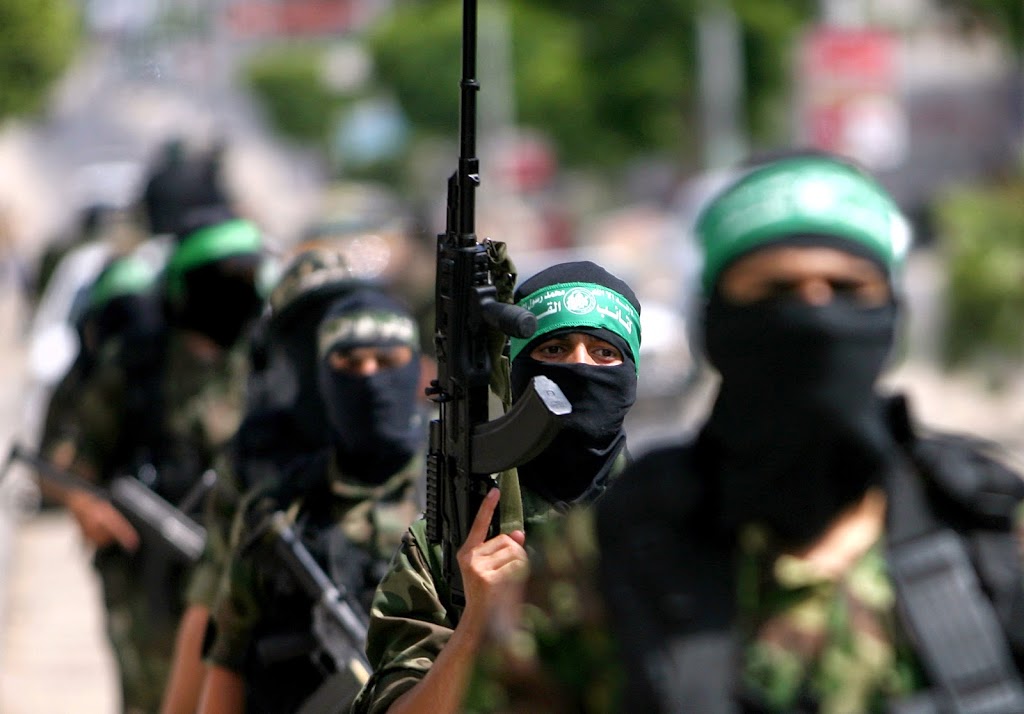 A senior Hamas leader called Wednesday for the formation of Palestinian militant groups loyal to the Gaza-based resistance movement in refugee camps in Lebanon and Syria in order to attack Israeli-occupied territories.

Mahmoud Zahar told reporters in the Gaza Strip that Lebanese and Syrian branches of the Ezzedine al-Qassam Brigades, Hamas’ armed wing, should launch attacks on Israel “to help us liberate Palestine.”

Hamas has a significant political influence among Palestinians in Lebanon, especially in refugee camps where the resistance movement has an armed presence.

Due to tensions amongst different Palestinian groups, the movement in the past years has been busy protecting itself from rival factions, while also maintaining stability within the crowded and arms-loaded refugee camps.

The failure of the Lebanese government to meet the humanitarian and social needs of Palestinian refugees has forced Hamas and other Palestinian parties to become mainly concerned with underlying social injustices, meeting Palestinians’ basic needs, and countering stereotypes regarding the camps being a security threat or a hub for terrorists, while also struggling to assert the centrality of the fight against Israel.

For many armed Palestinians within the camps, the right of return, a political principle asserting that Palestinians have a right to return to pre-1948 Palestine, has become marginalized, with many getting engaged in conflicts both in Lebanon and neighboring Syria.

Hezbollah, a Lebanese resistance movement, has asserted itself as the leading and most prominent movement against Israel in Lebanon, especially after liberating South Lebanon in 2000 after 22 years of Israeli-occupation.

The 2006 Israeli summer aggression on Lebanon killed some 1,200 Lebanese, most of them civilians, and 160 Israelis, most of them soldiers killed by Hezbollah fighters.

Meanwhile in Syria, a number of Palestinians have found themselves, either voluntarily or involuntarily, caught up in the four-year-old conflict that has affected Palestinian refugee camps all over the country. Many decided to join armed groups seeking to topple Syrian President Bashar al-Assad.

Meanwhile, Hezbollah has intervened militarily in support of Assad, describing the fight in Syria as “existential” and arguing that the conflict in the country targets the resistance as a whole.
Hezbollah’s Iran-supplied weapons pass through Damascus, Syria’s capital, hence making Syria crucial for the group’s weapons buildup.

Despite differences in Syria, both Hamas and Hezbollah say the alliance between the resistance movements remains motivated first and foremost by the Arab-Israeli conflict.

Hezbollah Secretary-General Hassan Nasrallah said in an in-depth three-hour interview with Lebanon-based Al-Mayadeen television last month that Hezbollah was seeking to build a strategic alliance with Hamas and other resistance groups in Palestine, saying that Hamas demonstrated a will to strengthen relations again with Iran and Hezbollah despite differences regarding the Syrian conflict.

“Even if Hamas chooses to mend its relationship with the Syrian regime, Syria might have some difficulty accepting this due to past events and developments,” he said, adding that Palestinians in Syria have joined oppositions groups but there was “no proof” that Hamas was working with a certain group.

Moreover, Zahar on Wednesday denied “any interference” by Hamas in Egypt, which last month declared the Brigades a terrorist group and accused it of aiding a spate of militant attacks on security personnel in the restive Sinai Peninsula.

“Our guns are always trained on the enemy,” Zahar said, referring to Israel.

The Israeli offensive ended on August 26 with an Egypt-brokered ceasefire deal.

On Monday, hundreds of Hamas supporters marched in the Gaza Strip to protest the Egyptian court decision.

In a speech to the crowd, senior Hamas official Mushir al-Masri said that Saturday’s ruling against the militant group’s Ezzedine al-Qassam Brigades was “political” and meant to “conceal failure and the lack of security in Egypt at this time.”

Hamas is an offshoot of Egypt’s Muslim Brotherhood, which the Egyptian authorities have also declared a terrorist group and have repressed systematically since the army ousted one of its leaders, Mohammed Mursi, from the presidency in 2013.

The Palestinian faction has repeatedly denied accusations that it has carried out attacks in the North African state, saying it cannot act against Egypt’s national security.

In November, Egypt decided to create a one kilometer-deep buffer zone in the Sinai Peninsula along the border with Gaza by clearing more than 800 houses, displacing more than 1,100 families, and destroying and neutralizing hundreds of subterranean tunnels.

Under Israeli blockade by air, land and sea since 2007, the Gaza Strip has seven border crossings linking it to the outside world. Six of these are controlled by Israel, while the seventh — the Rafah crossing — is controlled by Egypt.

For years, the Gaza Strip has depended on construction materials smuggled into the territory through a network of tunnels linking it to Egypt’s Sinai Peninsula.

However, the recent crackdown on the tunnels by the Egyptian army has effectively neutralized hundreds of tunnels, severely affecting Gaza’s construction sector.