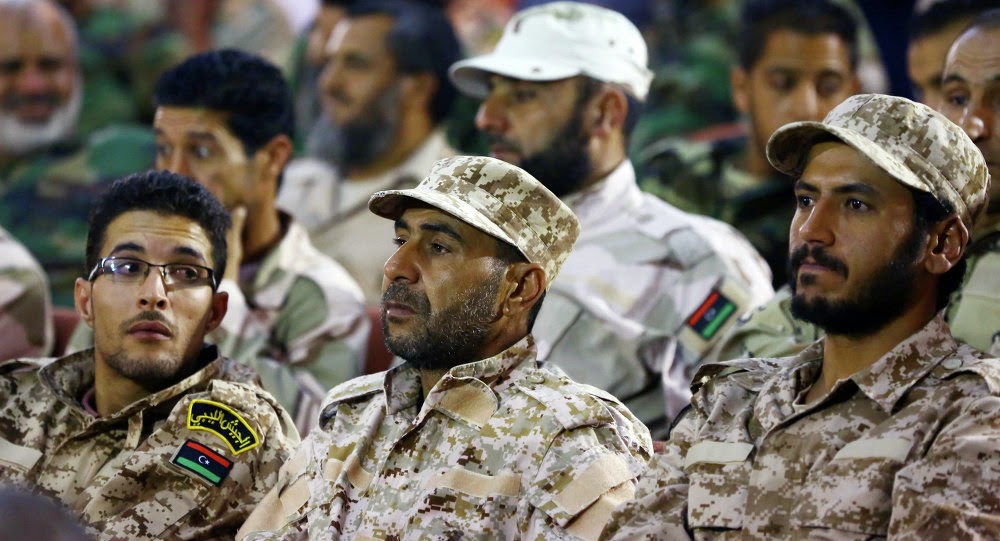 Libya wants to create a “flexible and a maneuverable army” with the assistance of Russia, the special Ambassador of the Libyan parliament’s president said.

Libya wants its military personnel to be trained by Russian specialists and to receive modern Russian weaponry, Mohamed Abdelaziz, the special Ambassador of the Libyan parliament’s president said on Thursday.
“We hope that this [military] cooperation will continue in two main areas — in the field of education and training of Libyan national [military] personnel and the provision of modern weapons to Libya,” Abdelaziz said, answering a Sputnik question at a press conference held in Rossiya Segodnya press center in Moscow.

Abdelaliz, who also served as Libya’s Foreign Minister from January 2013 to August 2014, described the Russian-Libyan military cooperation over the past 40 years as “historic” and extensive.

The diplomat also said that Libya wants to create a “flexible and a maneuverable army” and that the country “met understanding of this issue from Russia.”

As for the UN Security Council arms embargo on Libya, that was imposed in February 2011, Abdelaliz said that in the event of an official request from Libya to the Russian government, the issue will have to be coordinated with international institutions.
Libya is currently facing its worst wave of violence since the beginning of the civil war prompted by the 2011 overthrow of long-standing leader Muammar Gaddafi.At present, two de-facto governments are operating in the country. The group controlling the Libyan capital of Tripoli and adjacent western areas is not recognized internationally.