You are here: Home / Senza categoria / Niger is set to send troops to Nigeria to fight against islamists Boko Haram 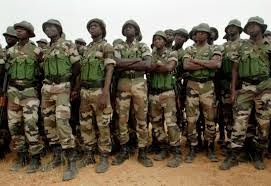 Niger is set to send troops to Nigeria to fight against Boko Haram after a large number of people were killed in a fresh assault by the militants in a Cameroonian town of Fotokol on Nigeria’s border, reports AFP.

“They [Boko Haram] attacked and burnt three mosques in the attack,” Mele Mohammed, a Fotokol community leader, told AFP. “In the mosque, in the Tashangalau area, they killed 31 people who were praying.”

“Our consolation is that our attackers also suffered heavy casualties, especially when the fighter jets bombed them as they fled,” added Mohammed.

A government source said Niger’s parliament will vote Monday on sending its troops to Nigeria to fight the militants, who have killed 3,000 people and made over a million flee from their homes since launching its insurgency in 2009.

“Niger is indeed going to send troops to Nigeria as part of the struggle against Boko Haram,” the source said.