You are here: Home / Senza categoria / ISIS infiltration into Afghanistan 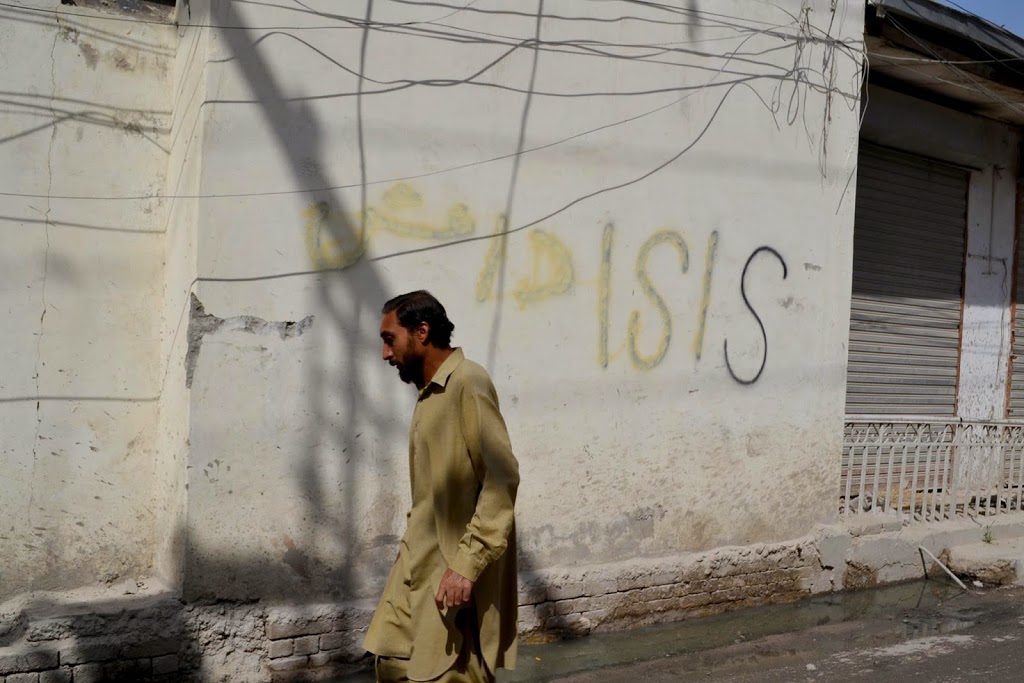 It has been a month or so that Afghan National Security Forces ANSF officials from different parts of Afghanistan raise their voice about ISIS activities and recruitment campaign. In overall the government of Afghanistan has on various occasions rejected the reports.
In recent days, some senior officials in southern Zabul province and in the Northeastern Kunduz province clearly admitted that ISIS has a marginal presence in their areas and are in the process of establishing camps and recruitment of fighters.
The Afghan Government has only confirmed the ISIS attempts of possible recruitment of fighters from Afghanistan for deployment to Iraq and Syria. Afghanistan’s neighboring countries are much more concerned about ISIS infiltration into Afghanistan than the Afghan Government itself.
Mohammad Afkhami the councilor of Iran in western Herat province of Afghanistan recently called on the Afghan government to root out the ISIS and Taliban groups as he believes that the two groups are trying to find each other.
Now, the reality is that Afghanistan is not exempted from becoming a sanctuary for ISIS or in other words Daesh. Rumors can quickly turn to reality.It is very clearthat the Taliban are no longer getting much support from their donors as the Daesh gets, with the reduced financial support from donors the Taliban group can easily vanish and fighters will soon find their way out to join another group that pay them and provide them guns.
The history in Afghanistan shows that especially small scale commanders swiftly switch sides. Taliban commanders, particularly those with no direct links with the Taliban leadership i.e. the Quetta Shura, Peshawar and Waziristan will quickly shift sides and will change the flag from white to black.
Taking into account the current insurgents from various factions remaining active in Afghanistan,The ISIS may infiltrate into Afghanistan gradually and very carefully. In the recent speech of the ISIS leader Abubakr-al-Baghdadi he termed the Taliban supreme leader Mullah Mohammad Omar a fool and illiterate leader who he said does not deserve a spiritual or political credibility.
Nearly a week before, the ISIS spokesperson Abu Muhammad al-Adnani stated about the establishment of Khurasan province, Khurasan is the old name of Afghanistan which includes large areas of Afghanistan, Pakistan, Tajikistan, Uzbekistan and Iran.
History may prove President Ghani about his request to the US officials about revisiting the forces withdrawal plan, he is concerned about mitigating the new threat that Afghanistan is facing.
The early withdrawal of the US forces from Afghanistan will have a huge impact on the security situation and the current guerilla war might turn to an massive war which will be worse than the civil war of 1990s, Afghanistan have had stunning achievements including in human rights, freedom of speech, education and infrastructure, these will be gone astray quickly if ISIS find sanctuaries and start a new war.
The Afghan forces are not as prepared as they seems to be, lack of modern equipment and weapons remains the ANSF main problem, lack of a well-equipped air force makes the ANSF much more vulnerable to dealing with insurgent groups, and the level of ANSF casualties also remains very high.
The bottom line is that, whether the Afghan Unity Government together with the International Community is ready to face the ISIS.This would be a different war compared to the 14 years battle with the Taliban and Al-Qaida or other affiliated groups. One must understand the danger, should the ISIS really become a new dilemma in this fragile country.
Source:  khaama