You are here: Home / Senza categoria / Combatting the rise of islamic terrorism in Northwest Africa: the “French Model” 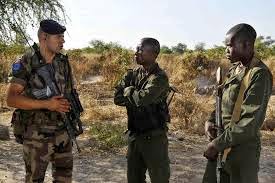 In regard to the fight against terror, much of the world’s attention is currently centered on the Middle Eastern region, and deservedly so. However, the West would be remiss to forget that al-Qaeda in the Islamic Maghreb (AQIM) and its militant Islamic allies, Movement for Oneness and Jihad in West Africa (MOJWA) and Ansar Dine, an AQIM-aligned jihadist group, controlled over half of the sovereign territory of Mali prior to French intervention. This two year mission by France and accompanying nations may provide a promising alternative to anti-terror approaches of recent decades.

January 2015 marked the two-year anniversary of the start of the French military campaign against AQIM and its allies in Mali. Since then, the Mali government has reestablished control of its sovereign territory again, with the exception of remote northeastern pockets. Operation Serval, as the French military campaign of 2013 was dubbed, quickly neutralized AQIM and its allies, driving them from their strongholds in the Kidal, Gao, and Timbuktu regions. Complimenting such efforts was a sizable United Nations military presence in the country under the Multidimensional Integrated Stabilization Mission in Mali (MINUSMA).
Similar to the laws of physics, however, the impact of the French onslaught brought about a commensurate dispersal of jihadis into the larger region. Fleeing AQIM, MOJWA, and Ansar Din soldiers crossed borders to southern Algeria, Niger, and Burkina Faso, and subsequently to other nations. This balloon effect has led to the reestablishment of Islamic militant organizations in pockets throughout the region, including certain locations in southern Libya and Chad. Some AQIM elements have splintered into new organizations, such as terrorist Moktar Belmoktar’s Signed in Blood Brigade, which is currently believed to be operating in southern Libya.
France wisely recognizes that despite the rapid success of its Operation Serval, AQIM still poses an immediate and medium-term threat to the region and France’s national interests. Instead of being short-sighted and declaring victory for political purposes, France has instead astutely planned for the long-term in the greater Sahel and Maghreb regions by initiating the successor to Operation Serval, Operation Barkhane.
Barkhane—named after the wind-sculpted, crescent-shaped sand dunes of the Maghreb—was launched in July 2014 to enable France and its regional allies to continue to pursue the Islamic terrorist organizations deep into the remote regions of Northwest Africa.
France maintains a token number of its special forces in northern Mali in order to supplement the country’s army and MINUSMA forces to eliminate the remaining terrorists. As part of Barkhane, however, France deployed an additional 3,000 soldiers throughout the region, with newly established bases in Burkina Faso, Niger, Chad and the Ivory Coast. It has allied itself with the governments of Chad, Niger, Burkina Faso and Mali in an effort to jointly pursue, capture and eliminate AQIM and its offshoots in the region.
The strategy that France is implementing represents the new paradigm that must be used by the West in countering militant Islam around the globe. As the West has learned through its experiences in both Iraq and Afghanistan, much money, blood, and lives can be spent to provide temporary solutions to abominable regimes and freely operating bad actors. Without viable allies in these regions, however, long-lasting alternatives to these unsavory elements are hard to come by. Another lesson for the West over the last decade, is that large military campaigns in remote regions of the world are becoming prohibitively expensive, and leaving governments strapped for cash.
The region also has the ace-in-the-hole, known as Algeria. Algeria is very leery about any military or political partnerships with the West, but it is also the most experienced regional government when it comes to combatting Islamic extremism. Having Algeria as the western border to Libya is a de-facto containment mechanism for AQIM, eliminating a western route from Libya and forcing the group to move south or eastwards from Libya. This augments Operation Barkhane.
France is seriously concerned about the threat posed by AQIM in the Sahel and Maghreb—particularly that the organization may be absorbing significant numbers of extremist elements from Libya to once again seize a sizable tract of land in the region and threaten sovereign nations. France has garnered the support of the regional governments to set up its 3,000-strong soldier base and is working hand-in-hand with its partners in the region. By establishing bases in the area, it has sent a message that it will be a committed partner for the sovereign governments for at least three years. This goes a long way in gaining the confidence of its regional partners.
What the West must do to counter militant Islam is conduct regional campaigns against Islamic terrorist organizations and insurgencies that rise up and gain control of enough territory to establish de-facto safe havens. These campaigns, in order to be sustainable both economically and logistically, must be spearheaded militarily by one of the Western nations, such as France, the United States, or Britain.
The military forces of the principle country, such as France in Mali, must serve as the predominant thrust against the terrorist/insurgent group, while two or three Western nations assist the lead country with logistics and reconnaissance (such as how Britain, Canada, and the United States are doing in Mali).
The only way that these campaigns can work against Islamic militant groups, which grow powerful enough to control large tracts of land, is to engage ground support from regional governments and smaller armed groups whose memberships are both quantitatively and qualitatively known. These government assets and smaller, indigenous groups will know the terrain and provide vital intelligence that the West simply cannot manufacture or import.
France’s advantage of having viable partners in this region is a luxury that the U.S. does not have in Syria and Iraq. The U.S. is also trying to use an aerial band-aid to solve the Islamic State (IS) issue in that region. As history has shown, it takes significant numbers of troops on the ground to drive an enemy from acquired lands. Without ground intelligence and ground forces, victory over entrenched enemies is but a pipe-dream.
France has made a long-term investment in the stability of Northwest Africa and its own national security by preventing an abominable, extreme Islamic group from gaining a foothold there. The Mediterranean Sea is not large enough of a buffer to prevent an organization such as AQIM, with a North African safe haven, from ultimately exporting its jihad into the heart of Europe. France recognizes this and has also adjusted to the demands of our new and dangerous world. The other Western powers would be wise to emulate its formula.
Source: SITE