You are here: Home / Senza categoria / Heavy fighting reported at the moment in Libya’s Benghazi 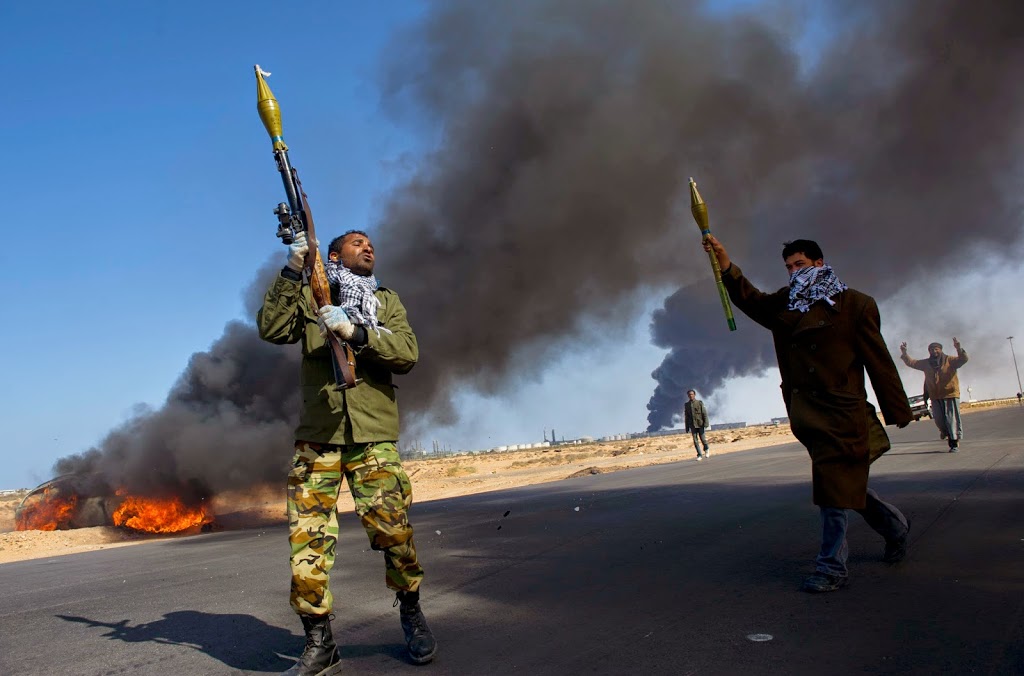 Clashes have erupted in the centre of Libya’s main eastern city Benghazi after pro-government forces pushed to take the port district from rival factions and seven soldiers were killed, according to witnesses and military officials.

The fighting mirrors a wider struggle in the oil-producing North African state where two governments and parliaments, allied to rival armed groups, are vying for control almost four years after Muammar Gaddafi fell to an armed uprising.

On Thursday morning, army vehicles advanced on Benghazi’s Corniche road towards the port gate and a nearby court building.

Soldiers took over several government buildings such as a passport office, a state insurance and a state bank damaged in earlier fighting.

“The road to the port is under our control,” Reuters news agency quoted Faraj al-Barassi, a military commander, as saying.

Heavy gunfire continued until late at night. The court is famous as the place where the 2011 uprising against Gaddafi started with peaceful protests against his jailing of many opponents.

Benghazi offensive
Backed by forces led by renegade General Khalifa Haftar, army special forces in mid-October launched an offensive against the fighters in Benghazi, expelling them from the airport area and from several camps the army had lost during the summer.

Army forces have since been trying to retake the port area and two other districts where pro-government forces say fighters from the Ansar al-Sharia group are holed up.

The port, the main gateway for food imports into eastern Libya, has had to close.

Army forces in eastern Libya are loyal to Abdullah al-Thinni, Libya’s internationally recognised prime minister, who was forced to leave the capital Tripoli in the west in August for the east when a group called Fajr al-Libya [Libya Dawn] seized Tripoli.

The new rulers in Tripoli set up their own government and parliament, but these have not been recognised by the UN.

Both sides have fought each other on several fronts.

Libya has failed to build up a national army and efficient state institutions since the end of Gaddafi’s one-man rule, and the country is now effectively dominated by former rebel brigades who have carved out competing fiefs.