You are here: Home / Senza categoria / Egypt, the ‘Great War’ of Sinai 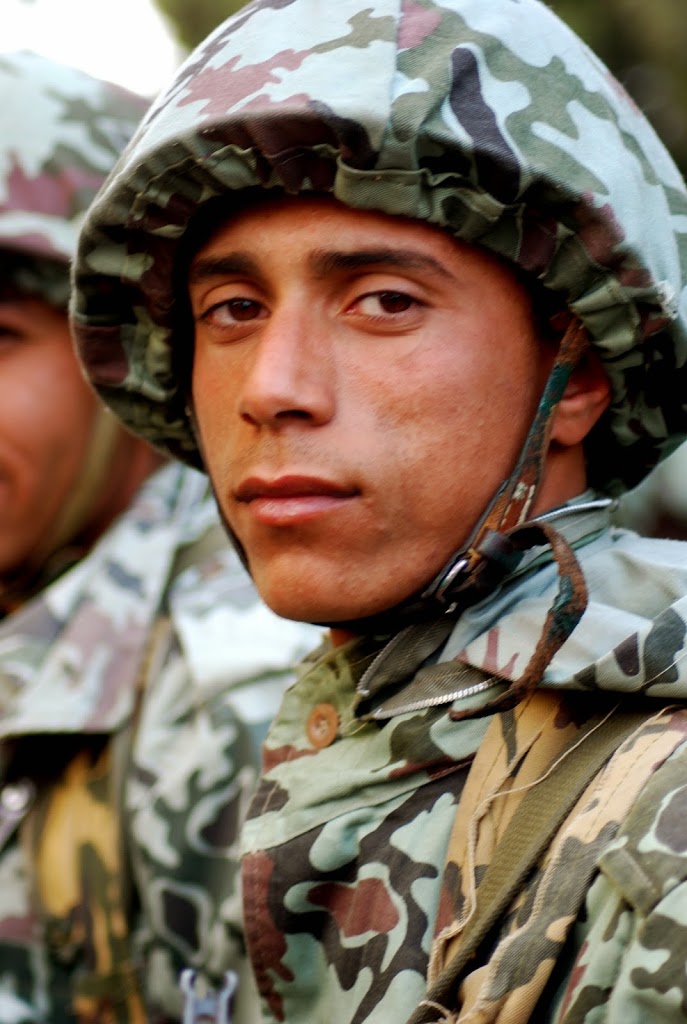 The Sinai Peninsula has moved from the margins of the Egyptian body politic to the uncontested center, as Egypt’s strong man – President Abdul Fatah al-Sisi – finds himself greatly undercut by the rise of an insurgency that seems to be growing stronger with time.

Another series of deadly and coordinated attacks, on January 29, shattered the Egyptian army’s confidence, pushing it further into a deadly course of a war that can only be won by political sagacity, not bigger guns.

The latest attack was a blow to a short-lived sense of gratification felt by the regime that militancy in Sinai had been waning, thanks to a decisive military response that lasted for months. When militants carried out a multistage attack on an Egyptian military checkpoint in Sinai, on October 24, killing 31 and wounding many, the Egyptian government and media lines were most predictable. They blamed “foreigners” for what was essentially a homegrown security and political crisis.

Instead of reexamining Egypt’s entire approach to the poor region of North Sinai, the army moved to further isolate Gaza, which has been under a very strict Israeli-Egyptian siege since 2007.

What has taken place in Sinai since last October was predictably shattering. It was seen by some as ethnic cleansing in the name of fighting terror. Thousands of families were being forced to evacuate their homes to watch them being detonated in the middle of the night, and resentment grew as a consequence.

And with resentment comes defiance. A Sinai resident, Abu Musallam summed up his people’s attitude towards government violence: “They bomb the house; we build a hut. They burn the hut; we build another hut. They kill; we give birth.”

Yet, despite a media blackout in Sinai, the scene of devastation created by the military campaign was becoming palpable. “Using bulldozers and dynamite” the army has demolished as many as 800 houses and displaced up to 10,000, the New York Times reported. Sisi spokesman referred to the demolished neighborhoods as terrorist “hotbeds”. The long-discussed plan for a “buffer zone” between Egypt and Gaza was carried out, and to a more devastating degree than expected.

The Jerusalem Post quoted the Egyptian publication, Al-Yom a-Sab’a reporting that “the security forces will work to clear the area of underground tunnels leading to Gaza and it will also level any buildings and structures that could be used to conceal smuggling activity.”

But no Gaza connection was ever found. The logic of a Gaza connection was bewildering to begin with. Attacks of this nature are more likely to worsen Gaza’s plight and tighten the siege, since the tunnels serve as a major lifeline for the besieged Palestinians. If the attacks carry a political message, it would be one that serves the interest of Gaza’s enemies, Israel and rival Palestinian factions, for example, not Hamas.

But no matter, Sisi, who rarely paused to consider Sinai’s extreme poverty and near-total negligence by Cairo, was quick to point the finger. Then, he called on Egyptians to “be aware of what is being hatched against us. All that is happening to us is known to us and we expected it and talked about it before July 3,” he said, referring to the day the military overthrew Mohammed Morsi.

In a televised speech, he blamed “foreign hands” that are “trying to break Egypt’s back,” vowing to fight extremism in a long-term campaign. Considering the simmering anger and sorrow felt by Egyptians, the attacks were an opportunity to acquire a political mandate that would allow him to carry whatever military policy that suited his interests in Sinai, starting with a buffer zone with Gaza.

While awaiting the bodies of the dead soldiers in Almaza military airport in Cairo, Sisi spoke of a “great war” that his army is fighting in the Sinai. “These violent incidents are a reaction to our efforts to combat terrorism. The toll during the last few months has been very high and every day there are scores of terrorists who are killed and hundreds of them have already been liquidated.”

Without much monitoring in Sinai, and with occasional horror stories leaking out of the hermetically sealed desert of 60,000 square kilometers, and the admission of “scores” killed “every day”, Sinai is reeling in a vicious cycle.

Resentment of the government in Sinai goes back many years, but it has peaked since the ousting of President Morsi. True, his one year in power also witnessed much violence, but not at the same level as today’s.

Since the January 2011 revolution, Egypt was ruled by four different regimes: The supreme military council, the administration of Mohammed Morsi, a transitional government led by Adli Mansour, and finally the return of the military to civilian clothes under Abdul Fatah al-Sisi. None have managed to control the violence in Sinai.

Sisi, however, insists on using the violence, including the most recent attacks that struck three different cities at once – Arish, Sheikh Zuwaid and Rafah – for limited political gain. He blamed the Muslim Brotherhood (MB) once more without providing much evidence. The MB, in turn, released a short statement blaming government neglect and brutality in Sinai for the violence, which promises to increase.

Following the October killings, I wrote: “If the intentions are to truly curb attacks in Sinai, knee-jerk military solutions will backfire.” Others too sounded the alarm that the security solution will not work.

What should have been common sense – Sinai’s problems are, after all complex and protracted – was brushed aside in the rush for war. The folly of the military action in the last few months may be registering internationally, at last, but certainly not locally.

That denial is felt through much of the Egyptian media. A top military expert, Salamah Jawhari declared on television that the “Sinai terrorists are clinically dead” and the proof is the well-coordinated attacks of January 29. Per his logic, the attacks, which targeted three main cities all at once were “scattered”, thus the “clinical death” of the militants. He blamed Qatar and Turkey for supporting the militants of Ansar Bait al-Maqdis, which, as of November vowed allegiance to the so-called Islamic State, announcing their new name: “The Sinai Province”.

The massive comeback of Sinai’s militants and the change of tactics indicate that the war in Sinai is heading to a stage unseen since the revolution, in fact since the rise of militancy in Sinai starting with the deadly bombings of October 2004, followed by the attack on tourists in April 2005, at the Sharm el-Sheikh resort in the same year, and on Dahab in 2006. The militants are much more emboldened, angry and organized.

The audacity of the militants seems consistent with the sense of despair felt by the tribes of Sinai, who are caught in a devastating politically motivated “war on terror”.

The question remains: how long will it be before Cairo understands that violence cannot resolve what are fundamentality political and socio-economic problems? This is as true in Cairo, as it is in Arish.