You are here: Home / MidEastGulf / 3,200 Russians joined ISIS since start of conflict 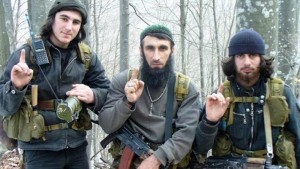 Russian nationals who joined the Islamic State in Iraq and Syria since the beginning of the conflict with the militant group stands at 3,200, the Russian government said Monday, Iraqi News reports.

“According to our estimates, the threat for Russia is posed by the militants of Russian origin, who have been trained in Iraq and Syria,” Ilya Rogachev, the Russian foreign ministry’s official for new threats and challenges, told RIA Novosti.

“According to the data of law enforcement agencies and security services, more than 3,200 Russian citizens have left for the conflict zone,” told in an interview,” he added.