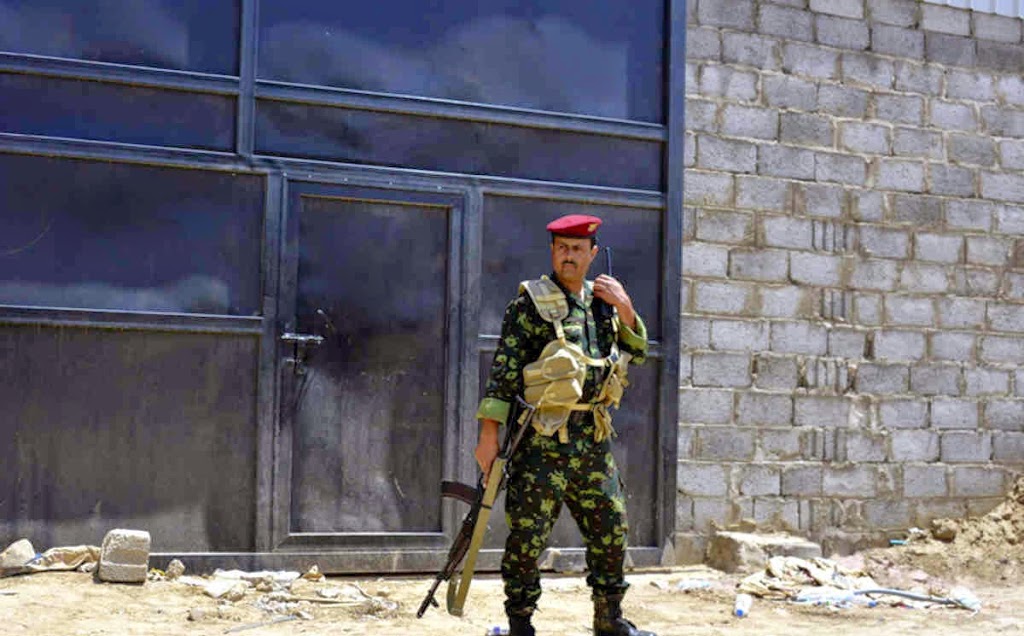 Arab League chief Nabil al-Arabi on Sunday condemned the takeover of the Yemeni government by Shiite militia as a “coup” that would trigger more violence in the troubled member state.

On Friday, the Huthi militia, which has controlled the capital Sanaa since last September, dissolved the government and parliament, and installed a presidential council, throwing the divided country into further disarray.

The Huthis’ decree establishing transitional bodies outside the framework of a UN-brokered dialogue, was a “coup against constitutional legitimacy to impose that group’s will at gunpoint,” Arabi said in a statement.

The move by the Shiite militia, which has caused alarm among Yemen’s mostly Sunni Gulf Arab neighbours, would lead to “an increase in divisions and violence,” he added.

Yemen’s Western-backed president Abedrabbo Mansour Hadi had been under virtual house arrest since the Huthis seized the presidential palace and key government buildings last month, prompting him to tender his resignation to parliament.

The Huthis have said they will set up a national council of 551 members to replace the legislature in the violence-wracked country, a key US ally in the fight against Al-Qaeda.

Yemen has been riven by instability since a bloody Arab Spring-inspired uprising forced longtime strongman Ali Abdullah Saleh from power in 2012.