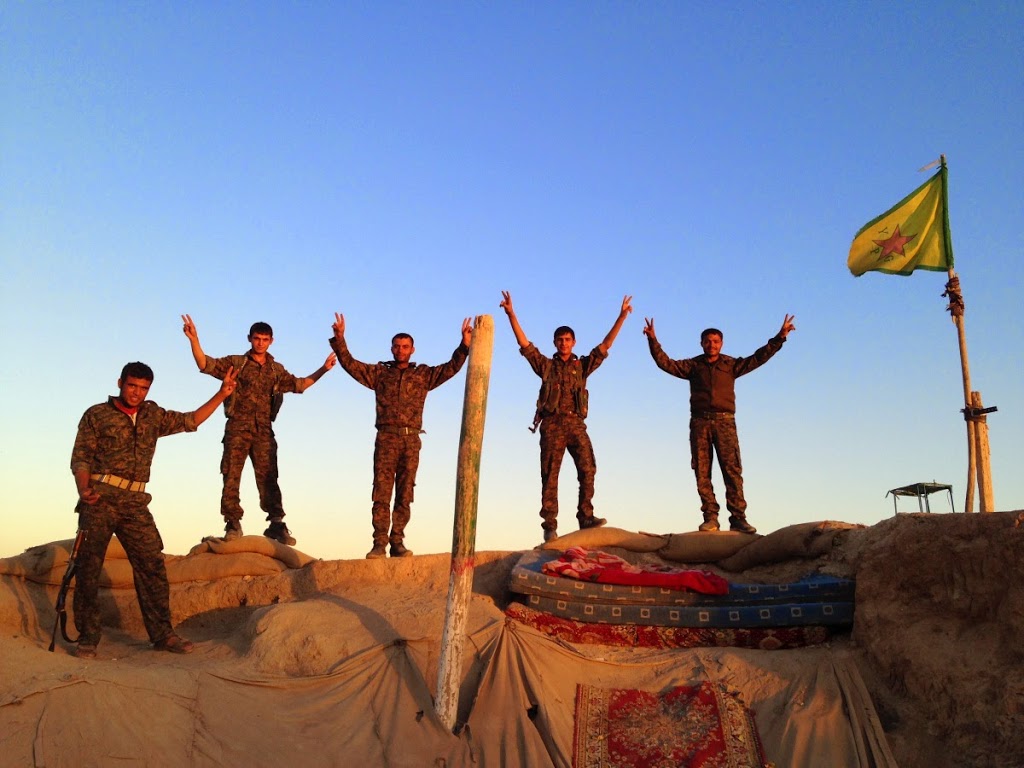 YPG fighters retake 128 villages out of 350 around the Syrian flashpoint town in the past two weeks, monitor says.

Syrian Kurdish forces have recaptured more than a third of the villages around long-contested town of Kobane from the armed Islamic State of Iraq and the Levant (ISIL) group, according to a monitoring group.

“The [Kurdish] People’s Protection Units [YPG] have recaptured 128 villages out of some 350 in the past two weeks,” the director of the London-based Syrian Observatory for Human Rights, Rami Abdel Rahman, said.

Al Jazeera could not independently verify the claims of SOHR, which relies on a network of activists to gather information on the Syria conflict.

The YPG recaptured Kobane on the border with Turkey from ISIL on January 26, after four months of fierce fighting backed by Syrian rebels and US-led coalition air strikes.

“The IS withdrew from villages east and south of Kobane mostly without resistance, but fought hard to try to keep control of villages to the west,” said Abdel Rahman, using another name for ISIL.

“That’s because it wants to try to protect areas under its control in Aleppo province. But the Kurds are steadily advancing,” he told the AFP news agency.

The US-led coalition has been carrying out strikes against ISIL in Syria since September.

In recent days, it has continued to pound IS positions around Kobane, while YPG troops backed by Syrian rebels press the fight on the ground.

A US-led coalition has backed the YPG, and other groups fighting ISIL around Kobane, with air strikes on ISIL’s strategic bases. The coalition began its operations in Iraq last August and in Syria in September. It has carried out thousands of air strikes.

ISIL has seized large swathes of land in both Syria and Iraq, and battles several groups, including Syrian and Iraqi government forces.