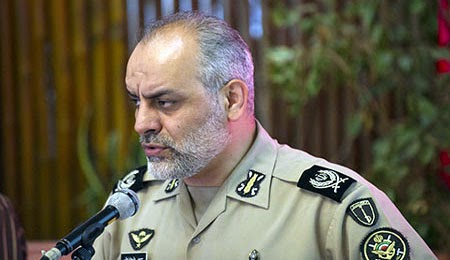 President of the leadership of (Davos) College of the Iranian Army Brigadier , Hussein Weleonid on Monday, his country’s readiness to train Iraqi officers, including officers of Peshmerga.

Brigadier-General Weleonid said in a press statement that the issue of training Iraqi officers was submitted during the last visit of the Iraqi Minister of Defense to Iran, declaring that the Iranian army is ready to do so.

In response to a question asked whether Iran is ready to train Kurdish Peshmarga forces in Iraq, he said that Davos has ties of cooperation with the armies of the world, announcing a willingness to train officers in the armies of friendly countries.

He explained that Davos College is develop training courses for officers of other states or the dispatch of the trainees to it in the framework of the security and defense cooperation agreement to be signed with the Ministry of Defense and support of the Iranian armed forces.