You are here: Home / Mediterranean / 300 Moroccans killed alongside terrorists in Iraq and Syria 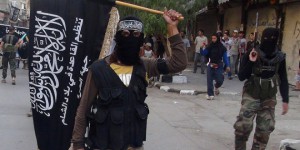 Morocco’s Interior Minister Mohamed Hassad says around 300 citizens from the North African country have been killed over the past two years while fighting alongside Takfiri militant groups in crisis-hit states, particularly Iraq and Syria.

Hassad told reporters on Monday that a total of 1,350 Moroccans have left the country since 2013, of whom 286 were killed as they joined the ranks of militant outfits in the two crisis-hit Middle Eastern countries.

Earlier this year, Moroccan authorities said they had arrested members of a “terrorist cell” that had pledged allegiance to ISIL terrorists and that planned to carry out a string of assassinations in the country.

Morocco’s Interior Ministry said in a statement on March 22 that the terrorists were nabbed during a series of raids carried out in several cities, including Agadir, 546 kilometers (339 miles) southwest of the capital, Rabat, in the south, Boujaad in the center, Tangiers in the north, Ain Harouda near Casablanca as well as Western Sahara region.

According to an October 2014 report by the UN Security Council, 15,000 foreigners have flocked to Syria and Iraq to fight alongside the ISIL or other terrorist groups.

European countries have repeatedly expressed concern over ISIL’s influence across the continent. Authorities fear that the European militants will use their combat skills against their countries upon returning home.

ISIL controls some parts of Iraq and Syria. The extremist group has also claimed responsibility for a number of terror attacks in other countries, including Tunisia and Libya.