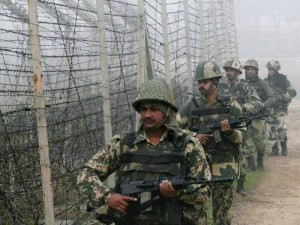 Around 300 militants are waiting close to the Line of Control (LoC) in Pakistan-occupied Kashmir for an opportunity to sneak into India and they are under pressure to infiltrate before the winter, a top army commander said on Tuesday.

General Officer Commanding of the 15 Corps Lt Gen S K Dua said there is increased pressure on militants to infiltrate before the winter and the ceasefire violation at LoC in Gurez on Monday, which left two soldiers dead, was part of an effort to push militants into Kashmir.

“It (ceasefire violation) seems to be an attempt to infiltrate more terrorists before the snowfall along the LoC,” he told reporters in Srinagar.

Dua, whose Corps is responsible for security of Kashmir Valley, cited intelligence inputs to say that around 300 militants are at various launch pads across the LoC waiting for an opportunity to infiltrate into India.

“There is increased pressure on them to infiltrate before the winter. Sometimes they just cross the LoC, open fire and then go back,” the army officer said.

He said the infiltration from across the LoC was “next to nil” this year so far and the anti-infiltration grid was fully prepared to keep it that way.

“There has been not let up in the intent (to infiltrate) but the robust anti-infiltration grid has ensured that the attempts are foiled,” Dua said.

Asked about the ceasefire violation in Gurez as it was not a traditional infiltration route, he said, “They might have changed the tactics. The grid is coordinated and we are ready to take on the challenge.”

On the killing of dreaded Lashkar-e-Taiba militant Abu Qasim last week, he said it was a major success for the security forces and would definitely dent the operational capabilities of the outfit.