You are here: Home / West Asia / 30 Tajik fight alongside extremists in northern Afghanistan 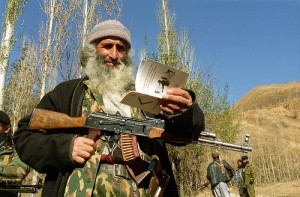 Khorog-based media outlets report that a scientific-practical conference entitled “Threat of Terrorism and Extremism to Tajikistan and Measure s to Prevent It” took place in Khorog, the capital of Gorno Badakhshan recently.

In a statement delivered at the conference, the GBAO regional security chief reportedly noted that probably 377 Tajiks were fighting in Syria and Iraq.  “Information that 50 of them have been killed has been confirmed,” Mirzoyev noted.

He further noted that for the purpose of preventing Tajik nationals from joining terrorist and extremist groups more than 4,100 Tajik students enrolled at religious schools abroad had been returned home.

Speaking at the conference, Mirzoyev also expressed concern about an alarming situation in northern Afghanistan.

“Since the beginning of this year alone, extremists groups have committed 40 terrorist acts in various regions of Afghanistan that have left 150 innocent people dead and 100 wounded,” the GBAO regional security chief noted.

According to him, 30 Tajik nationals have joined extremist groups active in Afghan areas bordering Tajikistan.