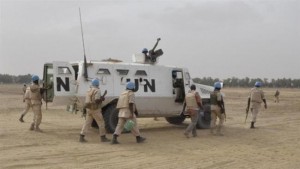 Three civilians were killed when a landmine exploded over the weekend in the northern Mali region of Kidal, the UN Peacekeeping Mission in Mali (MINUSMA) said in a statement on Sunday.

Two UN peacekeepers were injured, one of them seriously, when another explosion occurred nearby as MINUSMA forces were rushing to the scene of the explosion.

The statement did not give the nationality of the two injured peacekeepers, but “strongly condemned such acts that are meant to paralyse the mission’s operations on the ground, and hurt UN officials as well as innocent civilians.”