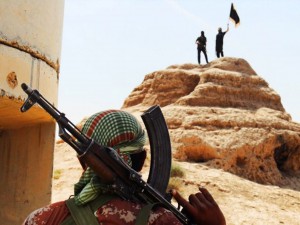 Two fighters from a tribal militia at the checkpoint were also wounded in the attack in the North Sinai town of Sheikh Zuweid, security officials and medics said.

The “Sinai Province“, Egyptian affiliate of the Islamic State jihadist group, claimed the attack on a Twiiter account, saying a number of tribal fighters were killed. Its claim could not be independently verified.

In a separate attack late Wednesday, a civilian was killed and six policemen were wounded as a roadside bomb struck a passing armoured police vehicle in El-Arish, provincial capital of North Sinai.

The area is a stronghold of jihadists, who have carried out regular attacks on security forces since the military’s July 2013 ouster of Islamist president Mohamed Morsi.

Jihadists say their attacks are in retaliation for a bloody crackdown on supporters of Morsi following his overthrow.