You are here: Home / Senza categoria / The Middle East conflict in 1,001 easy lessons 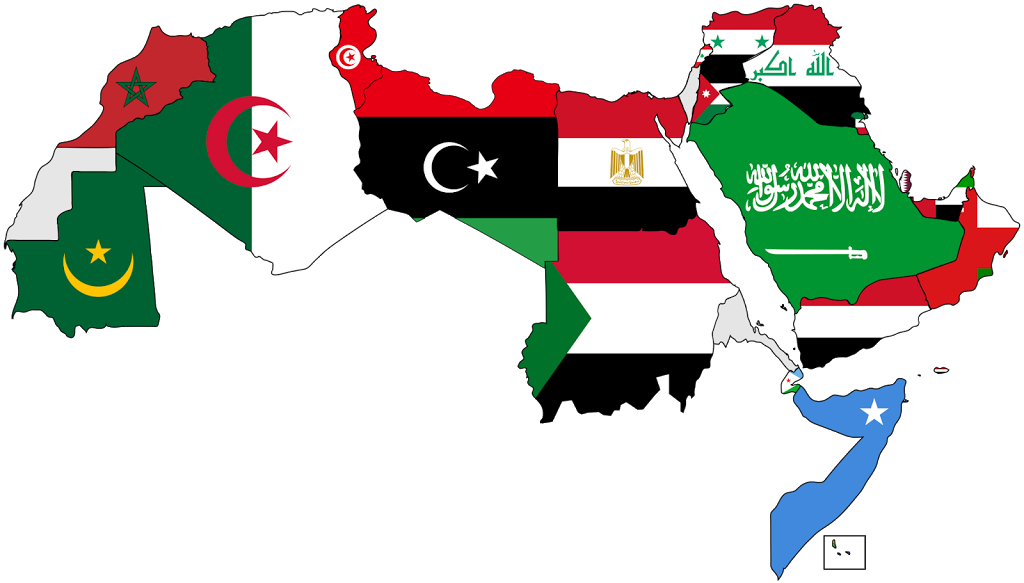 To an outsider, the Middle East has always been somewhat confusing, and with good reason. The region seems to be in perpetual turmoil, constant anger and increasing hate and growing violence. Recently, the perpetual anger, hate and violence have taken the region to a dimension of new horror. What exactly seems to be the issue in the Middle East?

Well in very simple terms it’s like this:
The civil war in Syria has weakened the government of President Bashar Assad and allowed resistance groups to establish a foothold in territory taken over when government forces were defeated.

Unlike most of the other Syrian resistance groups who are fighting to liberate Syria from Bashar Assad, ISIS wants much more. As a first step ISIS wants to take over the countries surrounding Syria and Iraq.

They use extreme violence as means of intimidation and do not shy away from killing people by the thousands. They claim to be purists in Islam, but have been denounced for their terror behavior by most of the Arab and Muslim world.

Even al-Qaida, condemned them for the horrific manner in which the captured Jordanian pilot was murdered. Osama bin-Laden and his replacement, Ayman al Zawahiri, were both against the pre-mature establishment of the caliphate, and told Abu Bakr al-Baghdadi not to go ahead. He did anyway.

ISIS is a Sunni Muslim movement, though that has not prevented them from going to war with the Kurds who are also predominantly Sunni. The top leadership and many of the initial members of this organization are former members of the Iraqi Baath Party under former leader Saddam Hussein. Many are battle hardened.

Who are the friends and who are the enemies? ISIS has murdered thousands of Shiites simply because they were Shiites. The government in Baghdad is mostly Shiite and is supported by the United States and by Iran. So the US and Iran finally see eye-to –eye and are fighting on the same side? Not exactly.

Iran also supports the regime in Damascus, whom Turkey, and the U.S. want to see toppled, and while the US and Iran find themselves on the same side, yet one should add, at the same time, the U.S. and Iran are involved in nuclear talks. Additionally, Iran supports the Lebanese Shiite movement, Hezbollah, which the United States considers a terrorist organization.

And while Turkey, a member of the North Atlantic Treaty Organization, along with the U.S., find themselves allies in NATO, they disagree over which side to support in the Syrian conflict.

Washington continues to disagree with its regional allies on how to proceed in Syria. Although Washington is leading the campaign against IS, it does not seem fully committed to the task. Frustrated by Washington’s half measures, Turkish President Recep Tayyip Erdogan, in a speech in early January criticize President Obama, saying: “If you are doing something, do it properly. If you are going to do it with us, you need to value what we say.”

The end game for IS is to topple the government of Saudi Arabia and destroy the state of Israel. Strange as it may seem, this has not prevented Saudi Arabia from offering limited support to IS, not so much for its willingness to take on Israel, but more so because IS is possibly the only entity capable of defeating the Syrian government.

Israel on the other hand must be delighted to see both ISIS and the Syrians weakened. However it is very premature and potentially very dangerous for the Jewish state to think that this is a good thing in the long run. A victory by the Islamic State over Damascus would place the IS terrorists right on Israel’s back door.

This in a nutshell is the Middle East today. To paraphrase a former French ambassador in the region: “If you think you understan the problems of the Middle East it means it was badly explained to you.”

Indeed, to begin to understand the full complexities of the region it could well require a thousand and one nights, and then some.