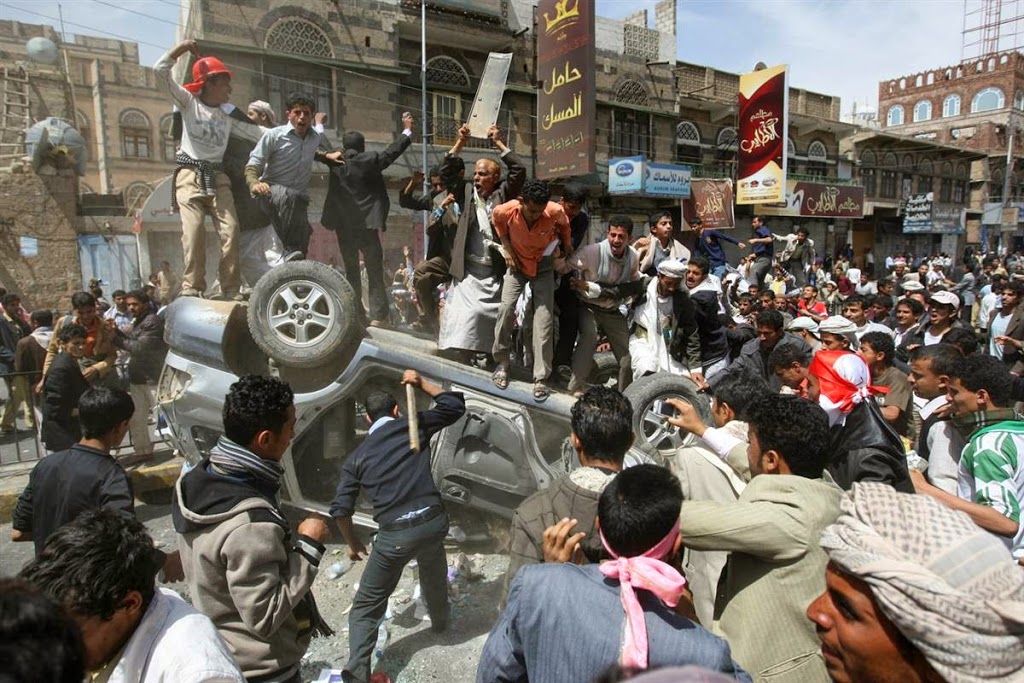 In talks that could pull Yemen back from the brink or pitch it into full-scale civil war, the powerful Houthi movement will attempt this week to draw rivals into a new presidential council to run the Arab world’s poorest country. Walkouts by two of the parties on Monday served to highlight their fear of being used as pawns, and the challenge facing United Nations envoy Jamal Benomar in trying to steer the factions towards an agreement.

For all sides, the coming days will be crucial: the Houthis, despite controlling the capital Sanaa, have until now been reluctant to assume formal power, while their rivals must choose whether to cooperate or confront them. Failure in the negotiations could spell a surge in violence, a humanitarian disaster and the collapse of Yemen into a failed state from which militant groups like the regional arm of al Qaeda, which has attempted attacks on US-bound planes, can plot and launch operations.

Two weeks after President Abd-Rabbu Mansour Hadi and his cabinet quit, leaving ministries directionless and efforts to save the country’s shredded finances in limbo, it is increasingly clear that Yemen needs a government. Britain’s special envoy to the country, Alan Duncan, was quoted last week warning of “an utterly dysfunctional non-government, a proxy conflict between Iranian and Saudi interests, increased attacks by al Qaeda… tribal conflict that turns into a broader civil war”.

Houthi Calculation
The Houthis started off as a revivalist group for Yemen’s Zaydi Shi’ite Muslim sect in the north, before morphing over the past decade into a revolutionary movement with national ambitions, and an ally of Iran. In a lightning push through northern Yemen and into Sanaa last year, the group took advantage of splits in the old ruling and tribal elite and of widespread anger at years of government failure to bring economic development. Now their biggest risk is over-reaching themselves.

“This is the turning point for them, in terms of popular opinion… Some people who were sympathetic to them have now lost their sympathy and are angry,” said April Longley-Alley, Arabian Peninsula specialist at International Crisis Group. “They have also pushed too far with their constitutional announcement and are already seeing pushback from political parties and other groups, especially in the south and central parts of the country.”

Since taking control of Sanaa in September, the Houthis have tried to play a double game, forcing the government to act on their behalf but avoiding the responsibility of ruling a deeply divided country.
Street support for them is sometimes overstated because their forces are backed by “Popular Committees” of local fighters. While now allied to the group, these may have deeper loyalties to other Yemeni figures. Meanwhile, although their leader Abdel-Malik al-Houthi has tried to take on the mantle of a national leader, many of the four-fifths of Yemenis who are Sunni, particularly outside the group’s northern heartland, distrust the Houthis.

Rival Factions
The declaration of a new presidential council was immediately rejected last week by the governors of southern and eastern provinces, the areas that once formed the independent state of South Yemen and which are home to the country’s oil. Separatist groups are very strong in southern areas, where people have tired of the north’s tribal infighting and what they see as a constant flow of resources to Sanaa.

Analysts say a Houthi power grab could galvanise these movements. Ousted president Hadi, still under house arrest by the Houthis, appears to have no part to play in the coming negotiations. But his predecessor Ali Abdullah Saleh, who waged six wars against the Houthis but is accused of working with them against his enemies, now faces a difficult choice. Analysts believe he helped the Houthis undermine Hadi in the hope of regaining his position; now he must decide whether he can still benefit from riding the group’s coat tails.

Another group facing a difficult gamble is Islah, one of the largest political parties and a longstanding bitter enemy of the Houthis. It was one of two parties that walked out of the talks on Monday complaining of being threatened, although it was not clear if its exit was permanent or tactical. Combining Sunni Islamist and tribal interests, Islah risks being politically neutered if it joins a Houthi government. But the alternative might be even worse: being cut out of power altogether, or ending up in a civil war.