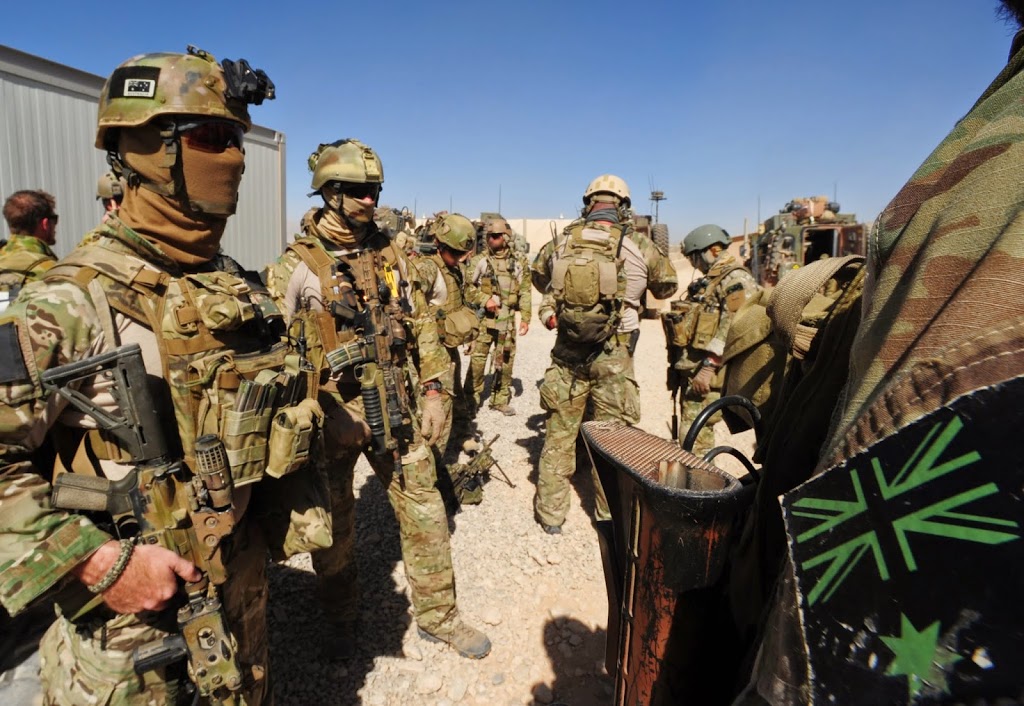 Australia is to send more troops to Iraq to help train local security forces in their battle against the Islamic State of Iraq and the Levant (ISIL), Prime Minister Tony Abbott has said.

The deployment of 300 soldiers to the Taji military base north of Baghdad will be part of a joint Australia-New Zealand training mission.

New Zealand Prime Minister John Key said on Tuesday his country would send 143 of its own troops as part of the mission.

The deployment comes a day after Australia declared that its citizens travelling to Mosul, Iraq’s second-largest city which is controlled by ISIL, would be jailed for nine years unless they have a legitimate reason for the trip, such as visiting their family.

Abbott repeatedly stressed that the troops would not be engaged in fighting, in an attempt to allay concerns that Canberra is getting sucked into a new foreign combat operation.

Abbot said additional deployment has been prompted by planned attacks previously thwarted by security forces that have been linked to ISIL.
“The death cult has been reaching out to our country with about 100 Australians fighting with Daesh and other terrorist groups in Syria and Iraq and about another 150 here at home supporting these extremists,” Abbott said, using an alternative name for ISIL.

“So this commitment is a matter of domestic as well as international security.”

The troops’ mission, Abbott said, will be to help teach the Iraqis how to fight ISIL, which has infiltrated large swathes of Iraq and neighbouring Syria and declared a self-styled caliphate on territories under its control.
“We don’t expect to be doing the Iraqi’s fighting for them,” Abbott said.
“This is a training mission, not a combat mission. Nevertheless, it is a mission which is necessary, because obviously in the face of the initial death cult onslaught, the Iraqi regular army melted like snow in summer.

“That’s been a disaster for the people of Iraq, millions of whom now live in a new dark age.”

The soldiers are expected to head to Iraq in May as part of a two-year mission, which will be reviewed after 12 months, Abbott said.

Another 400 Australian air force personnel are supporting Australian air strikes against ISIL targets in northern Iraq from the al-Minhad Air Base outside Dubai.