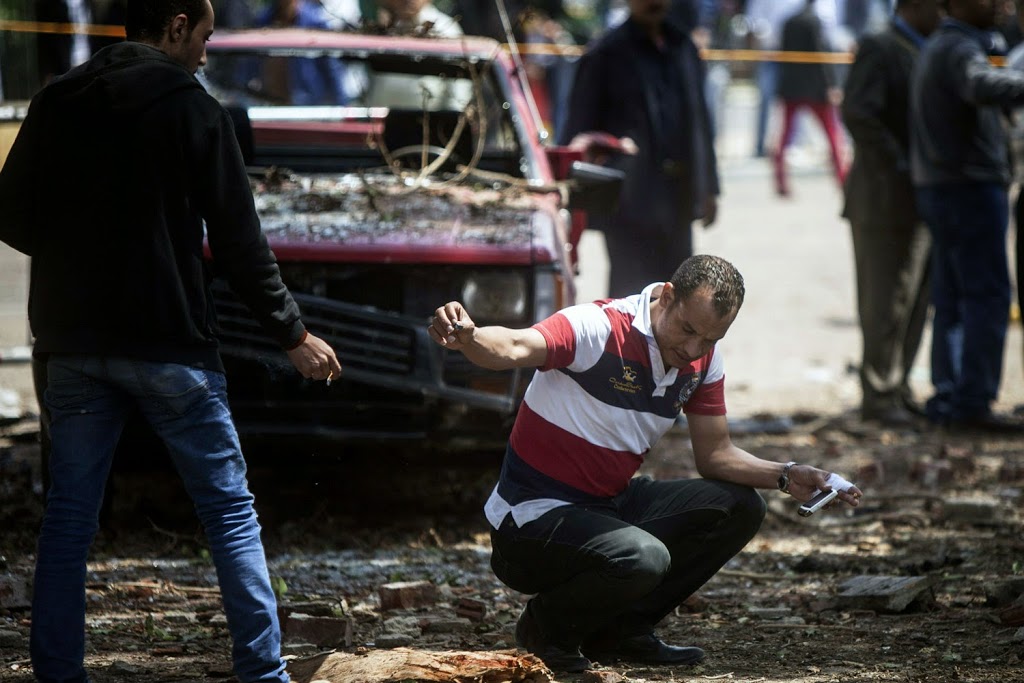 It was not clear if the air raids in Sinai, where militants have killed hundreds of soldiers and police in attacks since 2013, were in retaliation for the Alexandria blasts. Military officials could not be immediately reached for comment.

Three blasts near police stations in eastern Alexandria wounded 10 people, while two other bombs went off in the area without casualties, said Major General Amin Ezz al-Din, an assistant interior minister for Alexandria.

Later on Tuesday, 15 suspected militants were killed and eight others wounded in air raids in the Sinai town of Sheikh Zuweid, security sources said.

Security sources also said a two-year-old boy was in critical condition after being wounded in clashes between militants and the army south of the border town of Rafah near the Gaza Strip.

Frequent small-scale attacks such as the bombings in Alexandria have hurt Egypt’s efforts to project an image of stability after four years of turmoil triggered by the 2011 Arab Spring uprising.

Egypt hosts an investment conference next month in the resort city of Sharm el-Sheikh in the southern Sinai Peninsula, and hopes to attract funds to turn around an economy battered by instability.

The Egyptian affiliate of Islamic State, the militant group controlling large parts of Syria and Iraq, claimed responsibility for attacks on security forces in Sinai late last month that killed at least 30 people.

Sinai’s Islamist militants have stepped up their attacks on security forces since the army toppled president Mohamed Mursi of the Muslim Brotherhood in 2013 after protests against his rule.

Egypt has launched a crackdown in Sinai in response and systematically repressed Muslim Brotherhood supporters and other political opponents across the country.

The Brotherhood, which says it is committed to peaceful activism, has accused the military of staging a coup and curbing freedoms won in the 2011 uprising that toppled Hosni Mubarak.

The government says it is committed to democracy and faces a long battle against militancy.